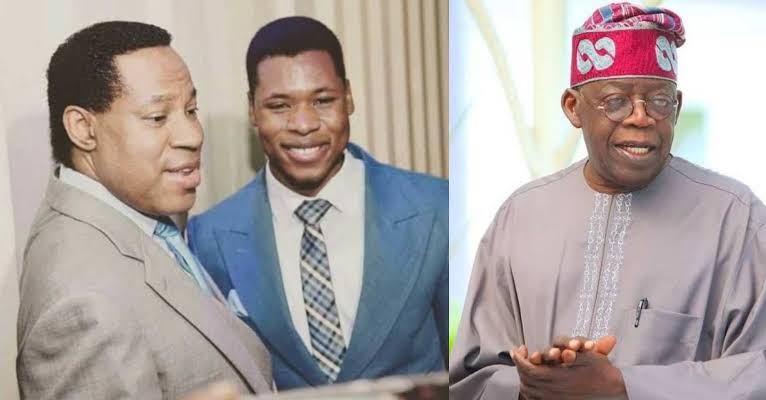 Chris Oyakhilome, the founder and president of LoveWorld Incorporated, better known as Christ Embassy, has announced the suspension of his nephew, Daysman Oyakhilome Woghiren, from all official roles of the church, for “acts of gross misconduct.”

Gatekeepers News reports that Woghiren’s suspension is believed to be connected to his association with the presidential candidate of the All Progressives Congress (APC), Asiwaju Bola Ahmed Tinubu, according to a video shared by the publisher of the Ovation Magazine, Dele Momodu.

The video of Oyakhilome’s announcement was merged with a flier that shows Tinubu, Woghiren and other APC officials in what looked like an endorsement.

“This man, Oyakhilome Woghiren, is hereby removed from being president of LoveWorld Next and LoveWorld Innovations and also suspended from all official roles for acts of gross misconducts. So he no longer handles all of that.