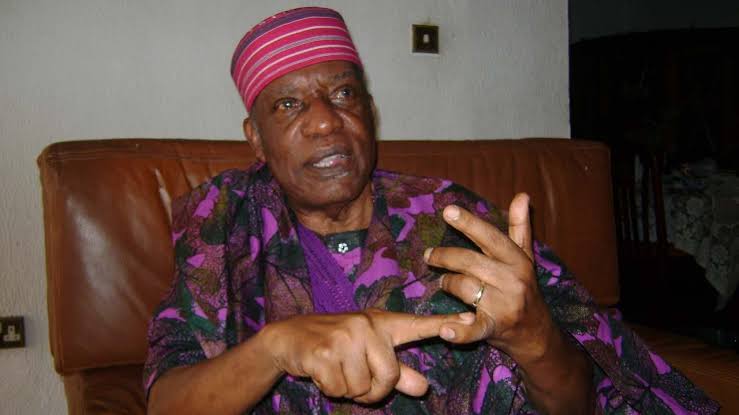 Former military President, Ibrahim Badamasi Babangida (IBB) has mourned Duro Onabule who served as his spokesman during his regime. Onabule died on Tuesday at the age of 83.

Gatekeepers News reports that IBB, in a statement he personally signed on Wednesday, sad the news of Duro’s demise came as a ‘rude shock’.

The former military leader said the development “was a bad birthday gift for me this year; my 81st year on Mother Earth.”

“I didn’t believe the news until I compared notes with a few of my friends who confirmed the sad news. I am downcast wondering why my ‘triple Chief’ didn’t give me a chance to say, goodbye.

“Nigeria has lost a colossus, a wordsmith, a walking encyclopaedia, a reservoir of knowledge and a rich chronicler of history, whose world view is defined by sheer intellect, content and character.

“Nigeria has lost Chief Duro Onabule. He was an epitome of what the Yorubas would refer to as “Omoluabi”, due to his spartan lifestyle, discipline, knack for excellence, uncommon patriotism and remarkable and unalloyed loyalty to friends, associates, colleagues and fellow professionals. He was not just my Adviser-in-Chief, he was one of our brain boxes, in and out of office.

“Triple Chief, as I fondly called him, had a rich sense of recall of historical dates, remarkable events and notable landmarks, each time he needed to reflect on our trajectory.

“Aside from being a resourceful writer, who maintained a very didactic column in Daily Sun newspaper till date, Chief Duro was always a delight each time we had to engage in intellectual discourse face to face. His sense of humor was profound. His communication skills were distinctive. His ability to dissect and interrogate issues was second to none.

“He has historical dates at the tip of his fingers. As an avid reader of his weekly column, I learnt so much about subject matters that also helped me to assail my understanding of Nigeria’s complexities. While in government, Duro was the first to reach me daily to discuss reports and happenings in the country.

“He was a Chief Press Secretary par excellence He was exemplary. He was punctual and adopted the military way of doing things; especially time management. His rich experience during our time in government helped in no small measure in our decision making processes . He was a nationalist par excellence. He was a dear friend.

“His death has surely left a huge vacuum to fill. A quintessential, urbane, patriotic and refined mind whose loyalty was never in doubt. Tripe Chief would be sorely missed. In and out of government, he was part of my larger family, who understood the rationale behind most of the decisions we took in government. A diligent Nigerian with an upbringing that is worthy of emulation.

“It is a sad day for me; Nature, in her all knowing way, has just dealt me a blow with this sullen birthday pill. Even when we all know it is a destination we are all headed, it hurts to lose such a close friend, with whom I have shared several decades of robust relationship. I will miss him dearly.

“May Allah, in His infinite mercies and grace, repose his soul in the hereafter. May Allah grant members of his immediate and extended family the comportment and fortitude to bear this painful loss. “Egbon”, Triple Chief, Rest In Peace.”