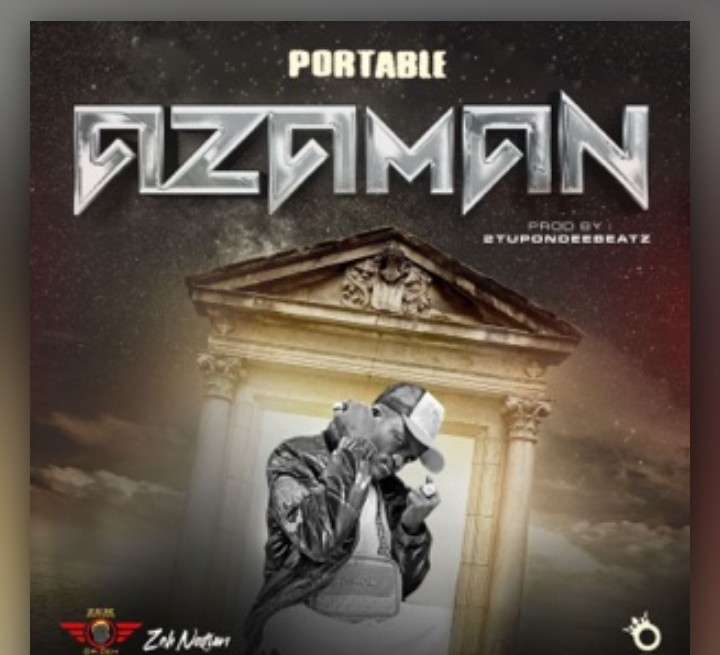 Gatekeepers News reports that the ‘Zazoo Zeh’ crooner announced the song’s release via his Instagram page on Thursday.

The single was produced by 2TUpondeebeatz under Zee Nation.

“Azaman, you go wise / Life na Portable, Kogbagidi /Azaman, every other day is Azaman / Who go help you no get stress you / Dem go call you join body / Dem go give you 5% (percentage) you go wise,” Portable sings.

The148-second street-hop track comes on the back of the success recorded by ‘Zazoo Zeh’, the hit song that brought Portable to the limelight in late 2021.

He has since then been in the spotlight for controversial reasons.

In May, the singer was nominated for the ‘Best Street Artist’ and ‘Rookie of the Year’ categories at the recently concluded 15th Headies.

But he was disqualified by the award organisers after he threatened to kill anyone who wins the categories and claimed that he founded ‘One million Boys’, the suspected cult group in Lagos.