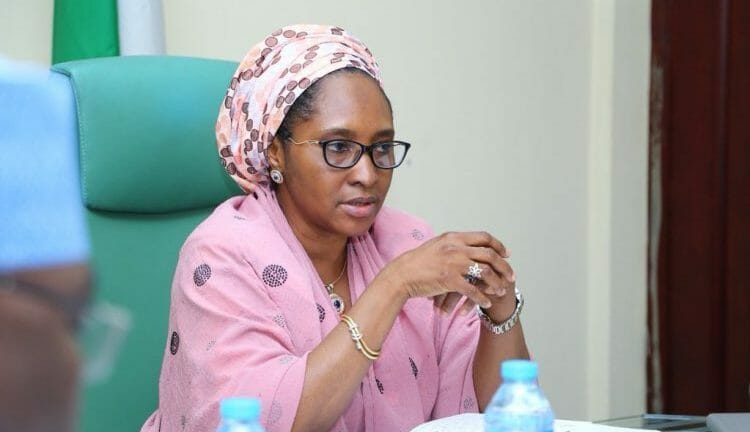 Minister of Finance, Zainab Ahmed has countered suggestions that Nigeria has a debt problem, saying the country only has a revenue problem.

Gatekeepers News reports that the President of the Africa Development Bank (AfDB) Akinwumi Adesina, at the Nigeria International Economic Partnership Forum in New York, had said Nigeria needs help to tackle its debt burden, which has now crossed the $100 billion mark.

Minister of Finance, who spoke at the same event after Adesina, stated that Nigeria has set a debt-to-GDP ceiling at 40 percent, which the country is yet to exceed.

According to Ahmed, the problem is not debt, but revenue. She noted that Nigeria’s revenue generation is low right now.

“Everywhere we go, we hear this issue of the debt of Nigeria is a problem and is not sustainable. The debt and debt financing that we do in Nigeria is following a designed debt management strategy,” she said.

“As of today, and this has been reported by two previous speakers, Nigeria’s public debt stock is $100.1 billion or N14.6 trillion, which represents 24 percent of the nominal GDP. This is below the 40% threshold that we have set up for ourselves.

“Nigeria operates a four-year rolling medium-term strategy which guides the borrowing strategy of the federal government. And we have specific indices that we closely monitor. The public debt that we set is 40 percent and we are at 24 percent.”

The minister further explained that “the portfolio composition between external and domestic is set at 30:70. So 70 percent of our debt is domestic and 30 percent is external. We also have a mix of long to short-term financing and the mix is 75 to 25 and we are very well within this threshold”.

“So the medium-term strategy shows that the Nigerian debt portfolio is still operating within sustainable limits.”

She further noted that while debt, in her opinion, is still sustainable, there is a revenue problem.

“We do have a revenue problem and this revenue problem, we’re tackling using the instrument of the strategic revenue initiative, the revenue challenges we have we have been addressing in a systematic manner,” she added.

“We have had a very significant impact in revenue performance based on the issues in the oil sector, and it is being addressed by the security agencies.

“There are some ineffective tax incentives that are currently in process of being review, so some that have reached maturity will not be renewed, there might be some new ones that are being introduced, but we’re trying to make sure that we’re getting value for the investments that we have provided.

She said the Strategic Revenue Growth Initiatives (SRGI) is designed around three thematic areas: achieve sustainability, identify new and enhance existing revenue stream and achieve collision within the revenue ecosystem — alignment between our people and our truths.

Ahmed said the government has taken on some innovative approaches to financing infrastruction, giving an example of road infrastructure for tax rebate.

She called on the investors to come partner with Nigeria and reap the rewards of investing in Africa’s largest economy.