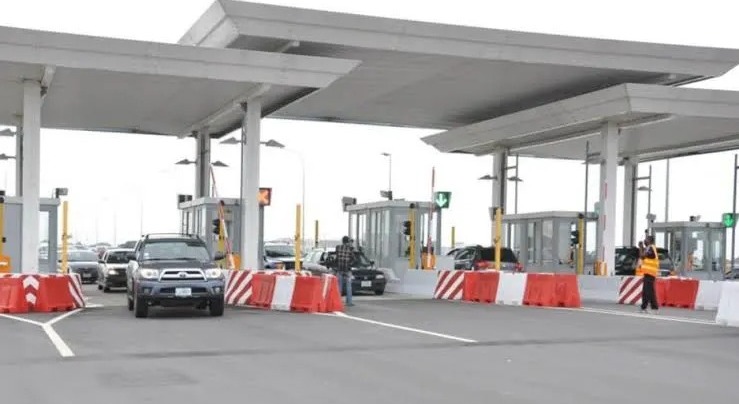 Federal High Court sitting in Lagos, Southwest Nigeria has ordered the Labour Party (LP) and its supporters not to converge at the Lekki toll gate for their #Obidatti23 Forward Ever Rally scheduled to hold on October 1, 2022.

Gatekeepers News reports that Justice Daniel Osiagor, who made the order, did not stop the supporters from holding the rally in Lagos State.

The judge, however, directed that the procession can pass through the toll gate to access Falomo Bridge and other venues at which the rally plans to meet but cannot converge at the Lekki toll gate.

Justice Osiagor directed the Inspector-General of Police and the Lagos State Police Commissioner to ensure compliance with the order.

He made these orders in his ruling on a motion for injunction filed by 10 plaintiffs, including nine lawyers.

The plaintiffs, through their counsel Romeo Ese Michael, are seeking to, among others, restrain the LP, its presidential candidate Peter Obi, his vice Yusuf Datti Baba-Ahmed, one Julius Abure and their loyalists from holding the rally on October 1, 2022, or any other date, in Lagos State.

They argued that a repeat or celebration of the “infamous” EndSARS protest of 2020 under the political guise of “#Obidatti23 Forward Ever Rally” will cause a breakdown of peace and result in post-traumatic stress disorder for them and the public.

When the matter first came up on September 15, the judge directed the plaintiffs to put all the defendants on notice and adjourned the hearing of the substantive motion till September 23, 2022.

On September 23, he further adjourned till Wednesday, September 28 to hear the motion for an injunction.

At the resumption of proceedings on Wednesday, Justice Osiagor declined to hear a motion for preliminary objection filed on Tuesday, September 27, by Obi and Baba-Ahmed.

Obi’s counsel, Alex Ejezenare, SAN, prayed the court to adjourn the case to enable him move his motion challenging the court’s jurisdiction.

However, Michael opposed him, praying the court not to toe that line of argument, adding that the business of the day was to hear the motion for an interlocutory injunction which was ripe.

In a bench ruling, the judge upheld his argument.

Justice Osiagor ruled, “This motion was just filed yesterday (Tuesday) and it is not ripe, therefore it cannot truncate the business of today. It will be taken when it is ripe.”

Afterwards, Michael, while moving his application, argued that Lagos State could not afford a repeat of what happened in 2020 at the toll gate.

He added, “My lord, I wept when I was passing through Igbosere yesterday because of the destruction of Igbosere High court.”

However, counsel to respondents clarified that the rally was not to be held at the Lekki toll gate.

Ejezenare argued that the rally was scheduled to hold in Lagos on October 1 in four locations within Lagos none of which include the Lekki toll gate.

In his ruling and by consent of the parties, Justice Osiagor held that the Labour Party had a right to hold its rally in four places except for the Lekki toll gate.

The judge said, “The 1st to 4th Respondents should not converge at the toll gate. They can pass through Falomo but not to assemble there.”