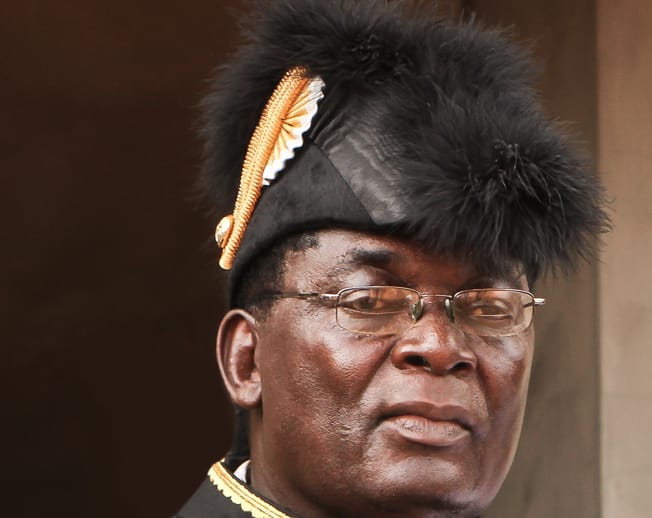 I am not the original owner of this title, it was carved by my respected father and role model from my homestead Egba in Abeokuta, Ogun State, Dare Babarinsa.

Babarinsa had in the wake of Dr. Chike Akunyili’s cold murder in September last year wrote an article entitled “The Akunyilis deserve justice” demanding that the state investigate and unravel the circumstances surrounding the death of the late Chike Akunyili.

Dr. Chike Akunyili was the widower of Dora, the former Director General of National Agency for Food and Drug Administration and Control (NAFDAC). He was assassinated a year ago (September 29th, 2021).

Dora Akunyili during her tenure as NAFDAC DG led high-profile campaigns against ineffective drugs in the Nigerian marketplace, winning international acclaim and accolades in the process.

She worked tirelessly and with significant success for the eradication of counterfeit drugs and unsafe good in Nigeria.

She also aced the West African School Certificate with grade 1 distinction in 1973 from Queen Of the Rosary Secondary School, Nssuka.

She went on to study Pharmacology at the University of Nigeria, Nssuka in 1977 and also received her PhD in Ethno-pharmacology in 1985.

On December 26th 2003, Late Dora Akunyili on her way to Anambra, some gunmen fired on her convoy, the bullets narrowly missed her with one of the bullets going through her headscarf and through the windscreen of the car.

It’s an irony or perhaps an aberation that her widower was killed in the same manner and in Nssuka, the city of Akunyili’s glory.

Dr. Chike Akunyili was killed at Nkpor near Onitsha while being Chaffeur-driven from Onitsha, on his way to his base in Enugu State, South 10 East Nigeria.

On the day he was murdered, he had received a posthumous award bestowed on his late wife by the University of Nigeria, Nssuka Alumni association in recognition of her efforts to the development of Nigeria when she held sway as the DG of NAFDAC.

I was very young when the late Dora Akunyili was combing different forest in search of the bad boys producing illicit and unregistered drugs consumed by Nigerians.

The late Dora was subsequently appointed as the Minister of Information and her efforts in repositioning the ministry was seen and applauded.

She eventually died in 2014 of cancer, a death which her traducers alleged to have been an ‘Asasi’ which in Yoruba cosmology means to have been attacked spiritually using extra terrestrial powers beyond ecclesiastical influence nay ability.

For all that the late Dora offered Nigeria in her time, knowledge and by extension denying her widower late night cuddle for the service of her nation — she doesn’t deserve to be humiliated by killing her widower in such a brazen and audaciously gruesome manner.

Although, the Proscribed secessionist group, Indigenous People of Biafra, IPOB denied responsibility for the murder, the group cannot escape suspicion for possible culpability.

The IPOB enjoys support from Southeastern populace but it largely uses force, violence, intimidation and attacks to ensure compliances with its directive particularly the Monday sit at home.