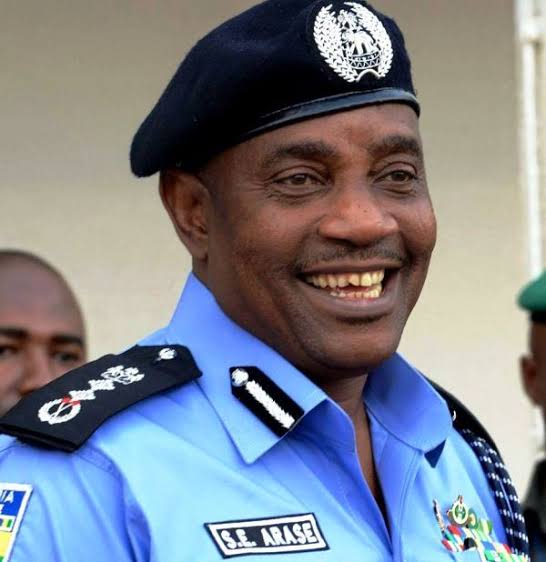 Former Inspector General of Police, Dr Solomon Arase will be conferred with Commander of the Order of the Federal Republic (CFR) alongside other dignitaries in the nation.

Gatekeepers News reports that others to be conferred with the CFR honour include renowned businessman, Kessington Adebutu; Chairman, Body of Benchers, Oluwole Olanipekun, SAN; and the late Chief of Staff to the President, Malam Abba Kyari.

Thirteen governors will also be conferred with the Commander of the Order of the Niger (CON).

The letter conveying the national award further revealed that President Buhari has approved the conferment of the honour on Dr Eruani Azibapu Godbless, Group President of Azikel Group for his contributions to the nation’s economic growth and development.

The conferment notice was signed by the Minister of Special Duties and Inter-Governmental Affairs, Senator George Akume.

Gatekeepers News earlier reported that Senate President Ahmad Lawan, the Chief Justice, of Nigeria, Justice Olukayode Ariwoola, and his predecessor, Justice Tanko Muhammad are to be conferred with the Grand Commander of the Order of the Niger (GCON).

The honours will be conferred on them on Tuesday, October 11 in Abuja.