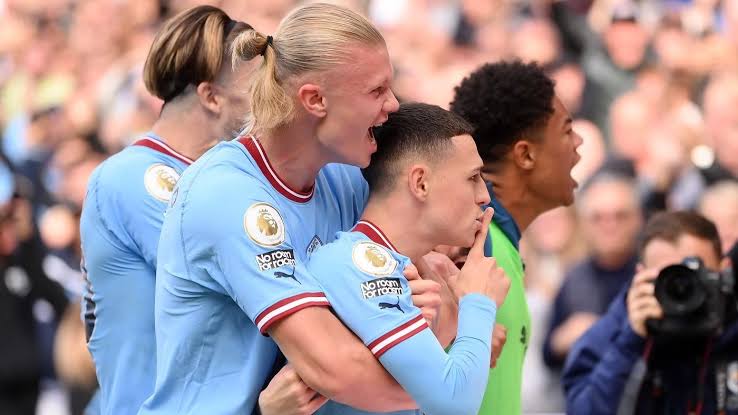 Gatekeepers News reports that Erling Haaland, in his first Manchester derby scored a hat-trick in the 34th, 37th and 64th minutes respectively and also gave two assists, to give City the win.

On the other hand, United’s Antony scored the first goal for the red devils in the 56th minute and Anthony Marshall scored a brace (84th minute and a penalty in the 91st minute).

In other news, Kevin De Bruyne is now level with Arsenal legend Dennis Bergkamp on the all-time list for Premier League assists.

He registered his 93rd and 94th assists as his side dealt with their bitter rivals United to match Bergkamp in fifth place.

Meanwhile, Arsenal has retained their top spot on the Premier League table after beating Tottenham 3-1 on Saturday.