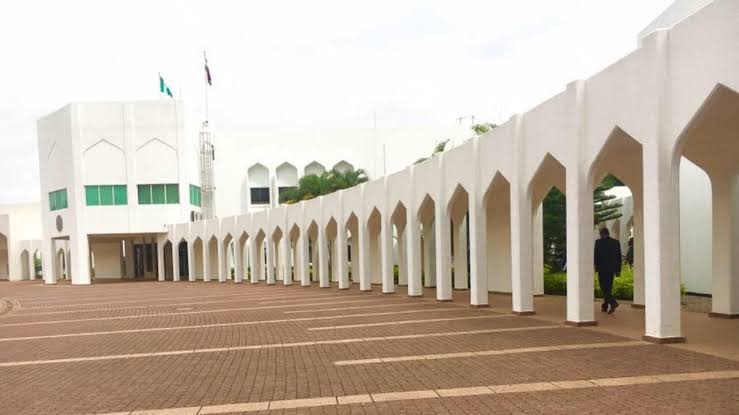 Federal government of Nigeria has said the presidential wing of the state house clinic is 80 percent completed.

According to Tilley-Gyado, Umar said this while appearing before the Senate Committee on Federal Character ond Intergovernmental Affairs, for the defence of the 2023 budget proposals.

In August 2021, President Muhammadu Buhari approved the construction of the presidential wing to “serve Nigerians”.

On work progress at the site, Umar said the project would be delivered by the end of December 2022 or latest during the first quarter of 2023.

In his submission, which also included details of the 2022 budget performance, Umar explained that there was a marginal decrease in the personnel cost due to the anticipated retirement of 40 staff in 2023.

He added that the recurrent expenditure levels in the various cost centres have been maintained except for marginal increases in the office of the president, vice-president and the chief of staff to the president.

Umar, while speaking on capital expenditure for 2023, explained that the major areas of expenditure in the state house under capital appropriation include the annual routine maintenance of facilities in the presidential villa, Abuja; and the State House Complex, Lagos.

Others, he said, are the purchase of operational motor vehicles; state house clinic and the proposed national centre for coordination for early warning and response mechanism (NCCRM) in the office of the vice-president for strategic preparedness and resilience (OSPRE).

Umar explained that the facilities in Abuja and Lagos include – but are not limited to – buildings and infrastructure in the president’s and vice-president’s residences; offices; state house auditorium; state house gymnasium; presidential banquet hall; council chamber; state house conference centre; presidential and ministerial airport chalets and airport lounge in Abuja as well as state house; and Dodan Barracks Complex in Lagos.

Noting that commitment to these facilities takes 65 percent of the total appropriation, Umar said in order to keep them in optimal working condition, the sum of N7.20 billion has been proposed for 2023 as against N7.76 billion in 2022.

The Permanent Secretary said, ‘‘Closely following this, is the dire and urgent need for the complete replacement and upgrading of the communication/telephony system and electronic visitors record management in the presidential villa.’’

Umar added that N150 million has been proposed for the completion of the telecommunications infrastructure in 2023.

On the facilities and buildings in the Lagos liaison office complex and guest houses, Umar told the committee that ‘‘they are old and require not only maintenance, but renovation and renewal”.

He, therefore, expressed concern that the provision of N59 million for maintenance of state house Lagos complex and guest houses is inadequate, adding that an estimated sum of N644 million would be required to upgrade the facilities.

On the purchase of operational motor vehicles and following discussions with the budget office of the federation, he said N1.96billion has been proposed under the phased replacement of vehicles in the presidential ground fleet and those in the conference coordination unit (CCU).

Umar said, ‘‘It is noteworthy that most of the vehicles being proposed for replacement were procured more than 10 years ago and have since exceeded their useful economic lives.

‘‘This has resulted in frequent breakdowns and an unsustainable expenditure on repairs/replacements of parts.’’

According to him, the N800 million released was inadequate to procure the required number of vehicles that need to be replaced, partly because some of the vehicles were treated and very expensive.

Umar appreciated the committee members for their support in getting the Presidential Wing of State House Clinic off the ground, expressing delight that the project which was flagged off on November 1, 2021, is at an advanced stage of completion.

He added, ‘‘This level of progress was attained given the full support of Mr President and the assistance of key stakeholders especially this distinguished Committee which has appropriated funds needed with the backing of and support of the Minister of Finance, Budget and National Planning.”

In response, the Committee Chairman, Abba Moro said, ‘‘I am not unmindful that the State House is the hub of the government and everything radiates from there. We would do the needful and if there is a need for us to see you again, we will invite you. But so far with what has been discussed and presented to us, we will be able to do the needful to the satisfaction of all.’’