Gatekeepers News reports that Oyetola made the declaration while addressing journalists at the National Headquarters of the All Progressives Congress (APC) in Abuja after a brief visit to the National Secretary of the party Senator Iyiola Omisore.

He also assured he’ll deliver the State to the All Progressives Congress (APC) in 2023.

Oyetola said the State will deliver one million votes for Asiwaju Bola Ahmed Tinubu in 2023.

Dissatisfied by the outcome, Oyetola approached the tribunal and demanded cancellation of the election over alleged over-voting and by-passing of the Bimodal Voter Accreditation System (BVAS) of the Independent National Electoral Commission, INEC, among other electoral frauds.

When asked about his fears on the ongoing petition at the Osun Governorship Election Tribunal, Oyetola simply said: “I don’t have any fear. I have faith in Almighty God. I will reclaim my mandate by the grace of God.”

On the 2023 presidential poll, the Governor said the State was prepared to deliver for the APC Presidential candidate come February 25, 2023.

In this article:#Featured, Gboyega Oyetola, Osun 2022 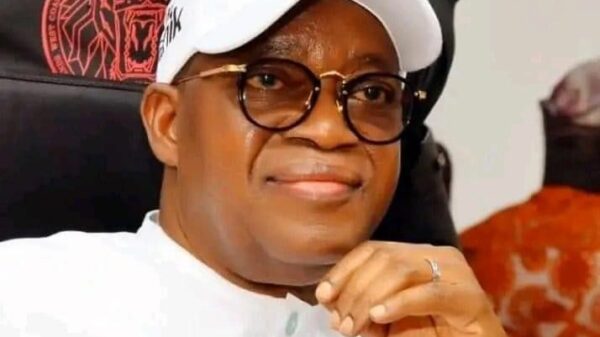 God Says I Will Retrieve My mandate — Oyetola

Former Governor of Osun State, Southwest Nigeria, Gboyega Oyetola was on Tuesday welcomed back to the state by members of the All Progressives Congress...