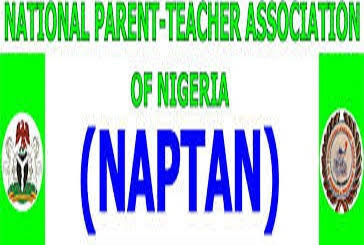 National President of the Parent-Teacher Association of Nigeria, NAPTAN, Haruna Danjuma, has condemned the federal government’s payment of half salaries to lecturers in public universities in October 2022.

Gatekeepers News reports that the National President of NAPTAN, Haruna Danjuma, described it as tantamount to “pushing them to the wall.”

Danjuma, who stated this in an interview with PUNCH on Saturday, said that the initial agreement between ASUU and the Ministries of Education and Labour and Employment was that full salaries for the months the lecturers were on strike would be paid in due course after the industrial action was called off.

He noted that the government’s action was not only unjust but could also result in another strike.

Members of the Academic Staff Union of Universities, ASUU had lamented the payment of half salaries for October by the Federal Government despite their decision to call off their eight-month strike in line with a court order.

Nevertheless, the government explained that the payment was pro rata as the lecturers could not be paid for work not done.

In reaction to this, Danjuma said, “Our stance, as NAPTAN, is that we were in utter surprise when we learnt of this development of half salaries payment for ASUU members. This is because we all agreed before now that full salaries should be paid to the then-striking lecturers.

“ASUU has obeyed the law and order of the court by calling off the strike as directed. Unfortunately, the government has not followed the same law and order. The court told the government to look into the matters raised by ASUU and address them while classes continue. But, they (the government) have not done that based on the information at my disposal.

“The Speaker of the House of Representatives, Femi Gbajabiamila, also promised the union that the presidency would look into their demands. He has not done so.”

The NAPTAN National President added, “The entire parents are urging the FG to pay up the salaries of the entire eight months to our respected lecturers. What exactly are the half salaries for? Is it for the days the lecturers went back to class? What will happen to the remaining seven months and 15 days or so that they were demanding that the right thing be done?

“We are calling on the government to respect law and order as ASUU has done. Our hands are tied and we want the government to explain to us in clear terms why they would pay half salaries for October. This was not the agreement.

“ASUU issues are different from other labour issues because of the sensitivity of their role – they are always on the ground. In the end, the lecturers will still teach our children. We beg the Federal Government to stop pushing ASUU to the wall because we cannot afford another strike.”

In this article:ASUU, Gatekeepers News, NAPTAN