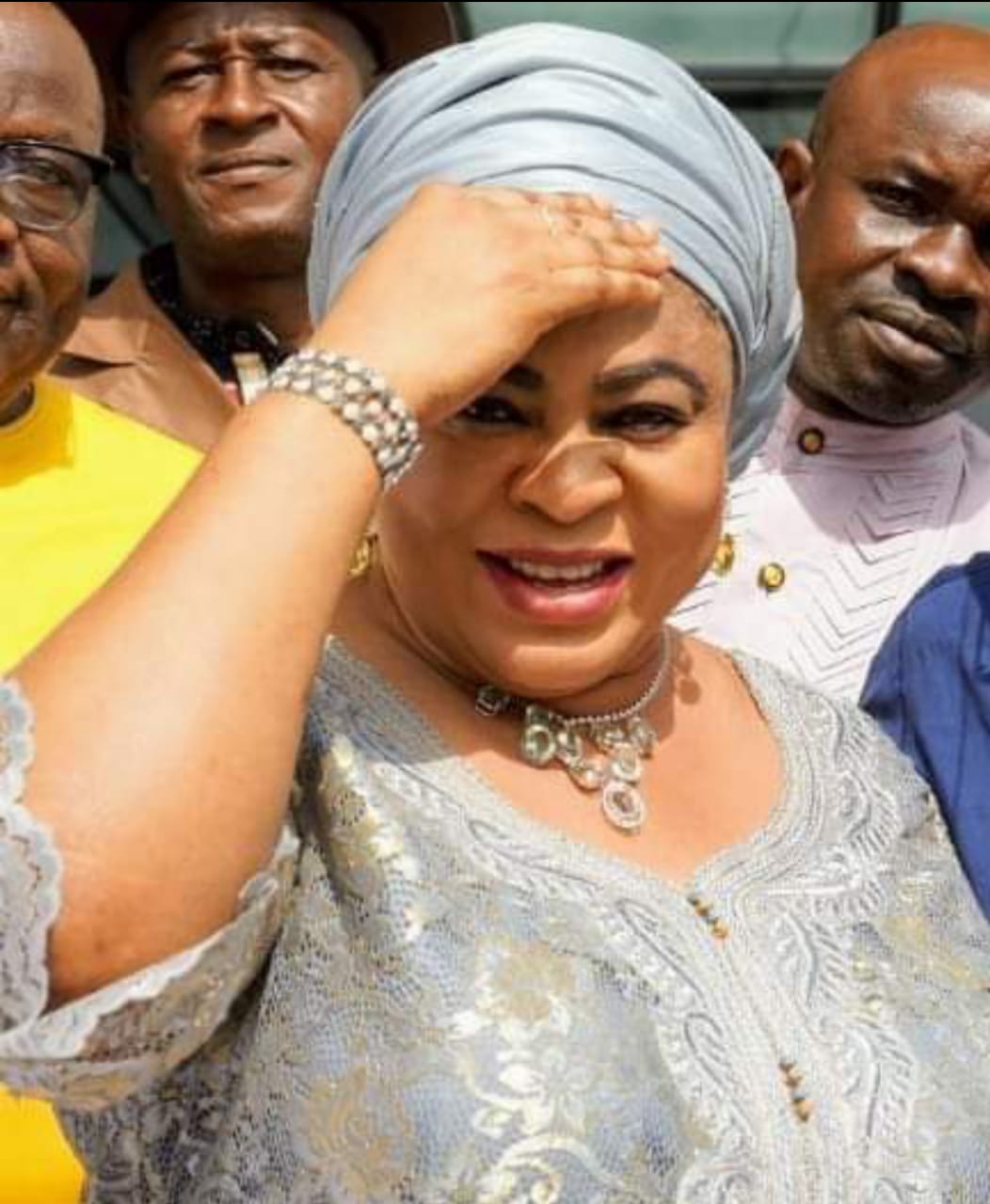 Many of the Nigerian Senators, each with his or her particular pedantry runs about especially during election seasons throwing money when true concerns of their constituencies are left unaddressed in a corporate structure.
But this is a natural function of inaccessibility of politicians who drop in only on the eve of elections to see and feel the impulse of their constituents and constituencies.

This is the very area that Senator Adaeze Oduah of Anambra North has distinguished her eventful, distinguished and remarkable career in the Nigerian Senate.

With her sound education, quality parentage, and intellectual preparedness, Adaeze’s output on the floor of the Senate has always come above the effete and puny levels of the contributions of her contemporaries in that chamber most of whom are drawn to mercantile pursuits thereby compromising the very core goals that sent them there in the first place.

We may be howling fans and vociferous supporters of this elegant lady, but I invite all of us to pay greater attention to the soundness, mastery and continence which she brings to bear on her legislative arguments and debates in the Senate.

I remember that I had written elsewhere about timeliness in human affairs.
Senator Adaeze Oduah has actually agreed with her time, and it only rests on us to realize the divine timing about Adaeze and her ongoing duties to us in particular and Nigeria generally.

For emphasis and backgrounds, let me remind us this short story:
Christopher Columbus was widely credited with the discovery of American continent.
But before Columbus other explorers may have reached the shores of America most probably the Vikings.

Either the news of their discovery never reached Europe or, if it did, it made no impact upon the Europeans of that generation.
Again, Columbus was important not just down to his actual discovery but the hope to which the discovery was an answer and a near miraculous or spiritual substantiation.

Columbus arrived at the most timely, redeeming and beneficial hour when many Europeans needed a new world, what’s commonly termed a *tabula rasa*

There was a growing sense of despair on the part of most groups in Europe; there was growing religious intolerance, there were emerging absolutist monarchies, the systems created more minorities who were faced with the choice of continued servitude or exile, there were systems that created serfdom whose constituent members’ conditions were held to the ground and even certain to be inherited by their sons and sons’ own sons and for whom new found land held strong allure.

There were also emerging feudal aristocracies who were beginning to forget their duties to the people but still clang to their privileges in a despotic fashion.

There were the prisoners who were ready to risk a breach of the prison walls to escape to the new world.

All of the above populations or groups needed the new world, and so the news of the feat by Mr Columbus meant a huge, sweet, and melodious miracle to them.

In the particular case of the criminals the rolling waves of the Atlantic and the sheer distance plus the fact that no contrivance at the time would enable anybody to travel the distance across the Atlantic Ocean in less than two years meant a permanent barrier between the authorities of the old Europe and the new sanctuary offered to the fleeing criminals by the new found land.

Now the relationship between the foregoing story and Senator Adaeze Oduah consists in the current political climate of Nigeria, which is akin to the prevailing socio_political climate in Europe of Christopher Columbus’ day.

We need a politician of her experience rather than a rookie Senator to start learning the ropes at this particular phase of Nigerian politics.
We need a ranking Senator not one who will start learning on the job.

Adaeze has consolidated, and there’s profit in the old dogs with old tricks of the game.

I’d count us absolutely lucky to have Senator Adaeze Oduah as our own representative in today’s Nigeria.

We must not bungle this opportunity to return her to the Senate as she has graciously requested of us.