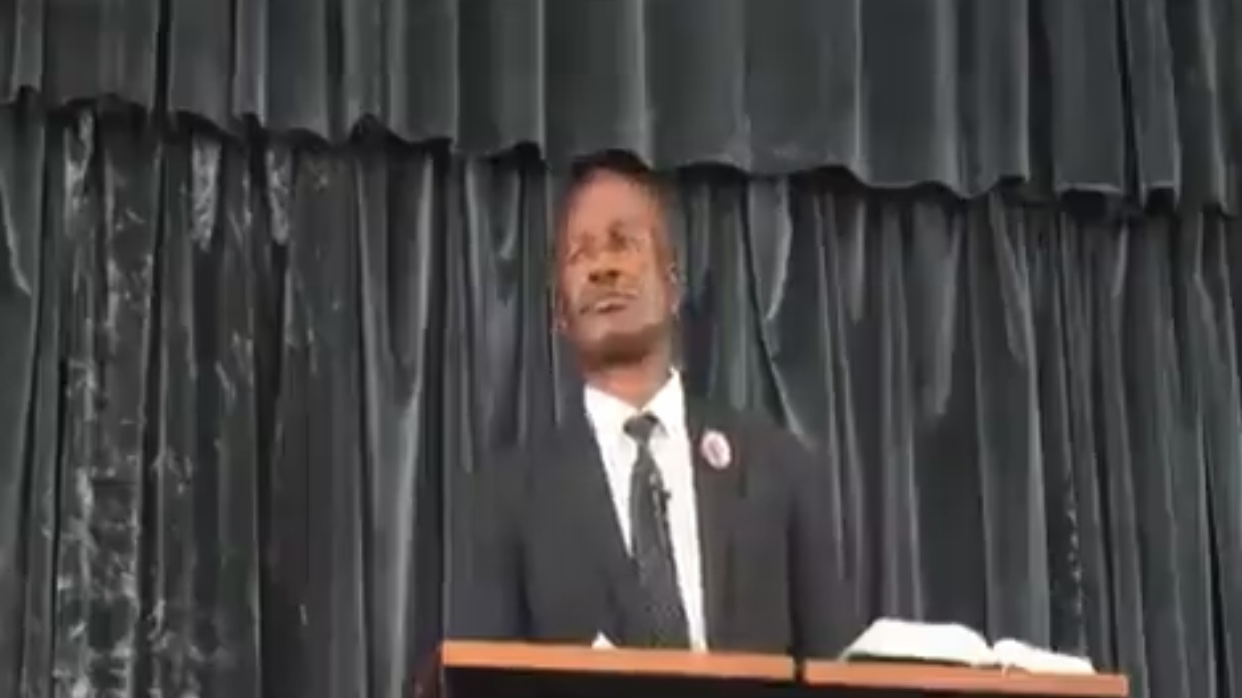 Armed robbers stormed a Seventh Day Adventist church in Johannesburg Central, South Africa, on Saturday, while the pastor was preaching.

Gatekeepers News reports that six gunmen who had disguised as visitors, brought out their weapons when the service started.

According to Harare Live, the armed men ordered the pastor and the entire congregation to sit down when they began their operation.

In the video that surfaced online, the pastor who stopped mid-sentence, was seen stepping back from the pulpit after realising what was happening.