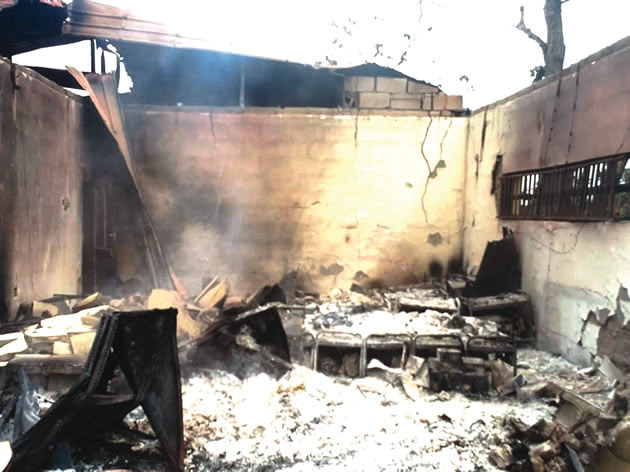 Gatekeepers News reports that this was disclosed in a statement signed by the National Commissioner & Chairman, Information and Voter Education Committee, Festus Okoye, on Friday.

The Imo attack becomes the fourth attack on Local Government INEC offices within the space of three weeks, following attacks in Ogun, Osun, and Ebonyi states.

The building which is undergoing extensive renovation was earlier set ablaze in 2020.

The statement added that three out of seven construction workers were abducted but later released.

“The building, which is undergoing extensive renovation following an earlier attack, was vandalised and partially set ablaze.

“Three out of seven construction workers were abducted but later released.

“The damage would have been more extensive but for the quick response of the Nigeria Police which has deployed its personnel to the site.

“This is one attack too many. The Commission once again expresses its concern over the spate of attacks on its facilities and the negative consequences on our preparations for the 2023 General Election.”