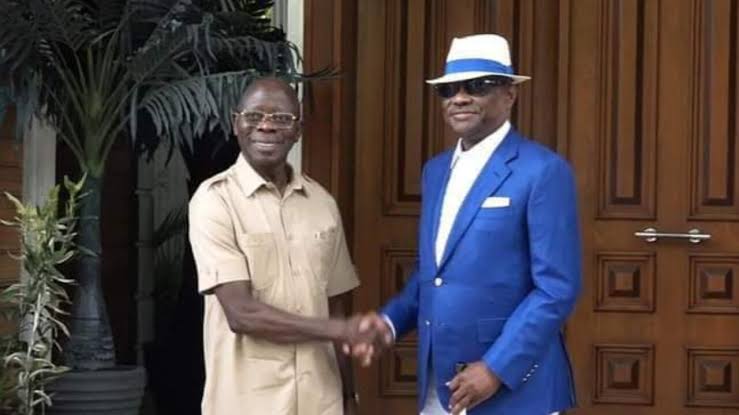 Governor Nyesom Wike of Rivers State, Southern Nigeria has conferred the highest State Honours on the former National Chairman of the All Progressives Congress, APC, Adams Oshiomhole as the Grand Service Star of Rivers State (GSSRS).

Gatekeepers News reports that Wike in a letter addressed to Oshiomhole said this was under the powers conferred on me by the Rivers State Honours Law, 2017.

The Rivers State Governor said this award recognises the Deputy Director-General of the Tinubu/Shettima Presidential Campaign Organisation’s outstanding commitment and contributions to the advancement of national cohesion, equity and justice and your valuable support for the Government and people of Rivers State.

The letter read further, “The formal conferment of the award on you has been scheduled for Saturday, 3rd December 2022, at the Banquet Hall, Government House, Port Harcourt, by 5.00p.m.

“Please note that you are entitled to one guest only at the ceremony.

“Congratulations, and please accept the assurances of my highest regards as always.”