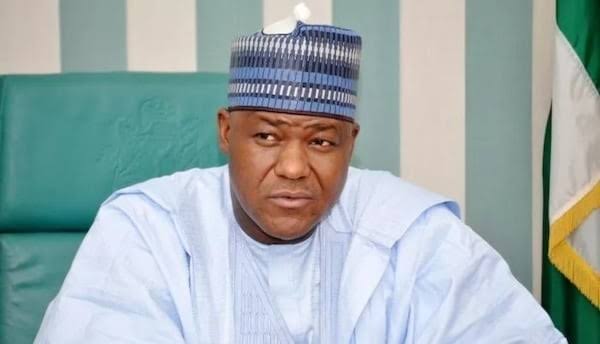 They come to you like saints from Heaven’s most treasured haven. They dance around like free radicals, wearing toga of piety. They move from door to door searching for recognition and relevance with jaw-breaking nuances. They gallivant about from house to house, busybodying but indeed pursuing their own selfish interest. They say barefacedly that they love Christianity albeit no one can see any traceable impact on their lives or communities drawn from Christianity. They wear flowing gowns of lies and contradiction all towards cultivating a passage for themselves and the content of their stomach. Self-acclaimed big men who are perennially hungry, searching for vaults to pillage. In Nigeria’s hallowed Chambers, Yakubu Dogara rose to become her Speaker, installed by both Muslim and Christian lawmakers. He defeated his closest rival, Femi Gbajabiamila, a Muslim, to clinch the coveted seat. Those who made Yakubu Dogara a Speaker were predominantly Muslims led by Waziri Tambuwal, the current Governor of Sokoto state. His religion was not a factor. His name wasn’t an issue. He climbed the podium of leadership and did four unbroken years as Speaker. No sooner, he hurriedly plotted another escape to APC on the excuse that his state Governor Bala Mohammed was not carrying him along. He ditched him and opted for the ruling party in a move that shocked bookmakers. Now he is supporting the PDP presidential candidate and his proposed vice sighting the Muslim Muslim religions of Asiwaju Bola Tinubu and Kassim Shettima to be his reason for his instability. How laughable!!

He has a different reason. His selfish calculation failed. He wanted to be a viable candidate for Vice Presidency in case the presidential candidate comes from the South as expected and his faith was to decide that; not his trustworthiness and abilities. His exit from the PDP sent shockwaves around town. He had his own plot, perfectly scripted to usher him on the podium as a running mate. There’s no harm in having an ambition and pursuing same; but when such an ambition is not realised, it is unnecessary to try to bring down the roof of the house sighting any reason or something so flimsy. It turned out that the APC secured her presidential candidate from the South, and the beneficiary happened to be a Muslim. Asiwaju Bola Ahmed Tinubu has a Christian wife; a Pastor of the Redeemed Church. Their bedside table sits The Holy Bible and The Quran simultaneously. They have lived like that for the past forty years without squabbles; each one knowing the limits of their faith. Yakubu Dogara’s permutation was crystallising in a most profound way until the balloon got deflated by the trappings of power and its crazy aphrodisiac. He was not selected. His co-traveller, Babachir Lawal, is another ill-fated fellow. They both wanted to scheme themselves into the sanctuary of running mate to Bola Tinubu; not on account of their capacity or ability, but on account of their religious beliefs. Nigeria has risen above that, my dear friends.

Babachir Lawal, an arrogant, pompous, and self-ingratiating former Secretary to the Government of the Federation, was also lobbying for the position that Dogara wanted. Neither of them got the nod. They both wielded their influence to undermine Tinubu’s nomination of Kashim Shettima. They anchored their anger on the fact that Asiwaju Tinubu opted for a Muslim-Kashim Shettima. They didn’t query Shettima’s competence and capacity; they have issues with his faith. Why must a muslim be a running mate to another Muslim? It was a redherring for them. They must take Asiwaju’s head to the guillotine and probably separate it from its chord. They voiced out their resentment and made the issue assume one of national discourse. They whipped up sentiments and tried to assume the role of pathfinders of the Christian faith. They wouldn’t want the Baals to fight for themselves. They became the fighters for the Baals. They groaned, clawed, and gnawed like frustrated lions and pondered over and over on how to stab Asiwaju Tinubu with a BLUNT SCALPEL. They arrogated to themselves the power of the Supreme Being; they tried to play God. Yakubu Dogara has Muslim friends, some of whom worked assiduously to make him Speaker of the House of Representatives. Little did they know that he resents the Islamic faith in such verbiage. Dogara and Lawal granted several interviews to pour vomit on the well-cooked meals of Asiwaju Tinubu.

No sooner after, the chicken came home to roost. Babachir Lawal, strangled by contradiction, got to a crossroads. He woke up and adopted Peter Obi, a Christian, and candidate of the Labour Party. Dogara shouted blue murder, saying the decision was not a product of robust engagement. It was like telling Babachir Lawal that the choice wasn’t a product of collective consultation. Seeing that his adventure into APC had hit the rocks, he felt like a man stranded on the highway, with a punctured tyre. This man who had shouted crucify him, against a Muslim running mate for Asiwaju Bola Ahmed Tinubu opted for a Muslim Presidential candidate. That means that his position on the APC duo isn’t altruistic, but a selfish, self-serving grandstanding to shake the table to get some recognition. If he quarrels with a Muslim running mate from The North-East, you should be able to ignore a Muslim Presidential candidate who is indeed a North Eastern Muslim; which is against his desire for the mantle to be in the hands of a Southern Muslim at best. The only viable option would have been a Christian presidential candidate in Peter Obi. But Dogara would have none of that. According to Peter Obi, Dogara has just exhibited old testament dogmas. He should have exhibited new testament lessons and the doctrine of salvation. He lobbied to become a member of Atiku’s Presidential Campaign Council, all in the name of faith and religion. Those who should understand the temperament and limitations of religion are the same people who are using religion as a negotiating instrument to define their participation in Nigeria’s politics today. They are at best church goers, whose motivation for church attendance is defined by their selfish political ambition.

The issues of Nigeria are certainly not borne of religion. They are existential problems that require capacity, capability, perseverance, and resilience to confront. Both prominent religions have their limitations. Politics is politics. Religion is religion. The unhealthy characteristics of politics do not demonstrate a good religious lifestyle. Back-stabbing, disloyalty, greed, corruption, ingratitude, self-aggrandizement, and falsehood are some of the unholy features of cheap politics which are often celebrated as the normative order; yet, these are all the characteristics that Christianity and Islam frown at. As a true Christian, how does Yakubu Dogara feel being a member of APC, but working against his party because of religious faith? Come on, does such conduct not expose him as being against what the Holy book preaches? The Holy Bible says if anyone slaps you, you should turn the other cheek; and that if someone offends you, you should forgive the person seventy-seven times seven times. Has Yakubu Dogara exhibited that as a supposed good Christian? While religion talks about the hereafter and your relationship with God, politics talk about the here and your relationship with humanity. Religion preaches salvation and paradise in the hereafter while politics talks about how to make life a better place for humanity. Please why is Dogara holding on to such a flimsy excuse? Who is he deceiving?

Dogara’s political adventurism has exposed his contradictory posturing against what he initially preached. He doesn’t like the Muslim in Kashim Shettima but loves the Muslim in Atiku Abubakar. What is the difference between them? What a contradiction! Sadly, those who should help the country build an enduring elite consensus on certain unassailable issues have become the real problem of our system which is in dire search of unity in diversity.

It is always me, myself, and I for them; such individualism that will put the country in harm’s way. Tinubu and Shettima have been campaigning across the country, the ordinary masses have been keen participants in their campaigns without raising concerns about their single-faith status. What the average Nigerian wants to see is a combination of factors that can put Nigeria on a stronger pedestal of development, prosperity, and growth. Those who want to equate their individual ambition with the collective ambition of the country are only working to crumble the nation’s destiny for their greed, avarice, and self-aggrandizement. Yakubu Dogara and Babachir Lawal are bad examples of true and good Christians. They should behave and respond better and more responsibly even when politicking, paying utmost attention to the developmental issues in a multi-religious nation of our sort, having several interests competing for attention with an aim to prosper and make the nation great for all Nigerians. Indeed what makes a nation prosper is the capacity and result-driven leadership that the nation has. A leadership that responds to challenges confronting it and not the faith of the individuals in government. Judging from their antecedents, the APC duo will provide that leadership. All religions talk about true leadership and the prosperity of nations. When you partition the nation into religious dichotomous entities, the homogeneity of purpose that should define our collegiate existence will be dangerously impaired. Dogara and Babachir Lawal and other religious extremists should realise that APC’s single faith tickets will further help cement a relationship of national patriotism because the example of El-Rufai’s single faith ticket in Kaduna state has shown that religion is not our problem but the performance or lack of it of our elected leaders. So, rather than bring our nation down on its kneels as desired by these mere church goers, we should look beyond their pettiness and religious extremism to deepen leadership, performance and service delivery.