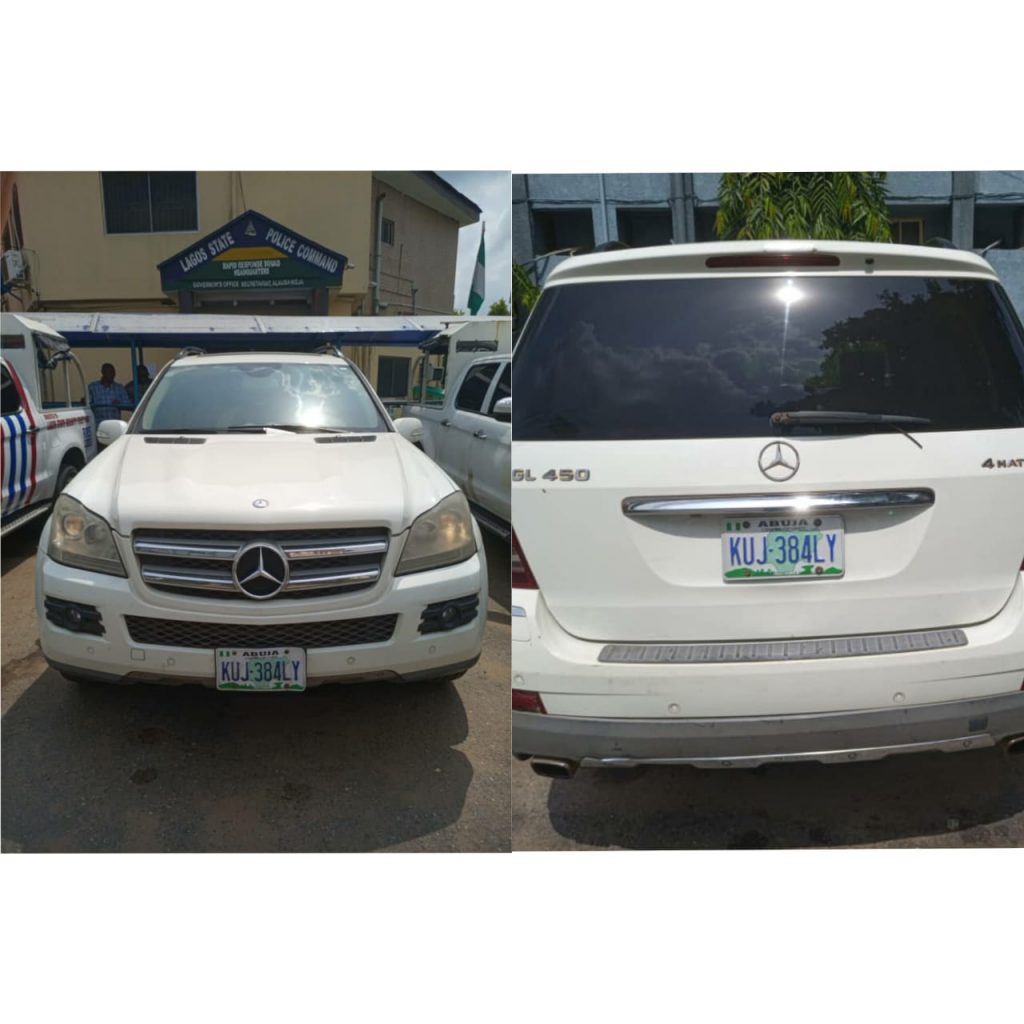 Lagos State Police Command said men of the Rapid Response Squad have recovered a Mercedes Benz SUV under the Otedola Bridge in the state.

According to the tweet, a patrol team recovered the car at 10pm on Monday, adding that the engine of the car was running and the passenger door open, but the owner was not in the car.

Travelling bags and a laptop were also recovered from the vehicle.

The registration number of the Mercedes Benz 4matic GL 450 SUV is KUJ 384 LY.

The RRS Commander, Olayinka Egbeyemi in a statement, revealed that he has ordered that investigations commence immediately adding that any information about the owner of the car should be directed to the RRS headquarters, Alausa immediately.

The statement read, “Our patrol team at about 10:00 p.m. yesterday recovered an SUV, 4matic GL 450 with the registration number KUJ 384 LY under Otedola bridge.

“The car’s engine was running and driver’s side door opened with no occupant. In the car were travelling bags and laptop.

“The Commander RRS, CSP Olayinka Egbeyemi has directed the decoy team to commence preliminary investigation immediately. Whoever has information about the owner of the vehicle should kindly contact RRS HQ, Alausa Secretariat, Ikeja.”