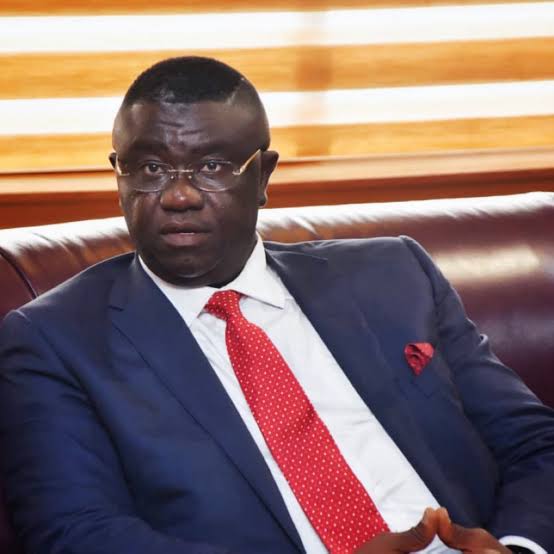 Minister of State Budget and National Planning, Clem Agba has clarified that the Multidimensional Poverty Index (MPI) report produced by the National Bureau of Statistics (NBS) was not an indictment on President Muhammadu Buhari’s administration.

Gatekeepers News reports that the MPI report which stated that 133 million Nigerians were found to be multidimensionally poor has garnered several criticisms.

Agba said, “the impression being created by critics, on those who are yet to see or digest the nitty-gritty of the report, was that the administration of President Muhammadu Buhari, which had promised to lift 100m Nigerians out of poverty in ten years, had thrown 133 million Nigerians, out of an estimated population of 211 million, into poverty.”

He noted that “this impression is borne out of ignorance rather than mischief, and it is incumbent on us not to allow ignorance to pass without clarification, especially in this period of
cynicism and partisan frenzy.”

The Minister said, “Based on the World Data Lab Poverty Model, with a poverty threshold of $1.90, the World Poverty Clock calculates that in Nigeria, people living in extreme poverty in monetary terms are 69.9 million, that is 32 per cent of the estimated population of 211 million used for its projections. That is to say that there are roughly about 63.1 million people that are not poor in terms of money but, in terms of other amenities, can be considered poor/deprived. An example of this can be a child whose primary carer earns N137,430 annually (based on the 2019 poverty line) but lives in a community that deprives him/her of proper primary education, primary healthcare, sanitisation, adequate nutrition, and a conducive housing environment.

“As Minister of State in the Ministry of Finance, Budget and National Planning, I have taken up the gauntlet thrown down by critics to offer clarifications in a bid to sustain a robust
conversation around the Multidimensional Poverty Index tool, which had been deployed in
over 100 countries to measure poverty and had defined poverty as the overlapping combination of deprivations that people could face in several areas of their lives, believing that we would all better understand the issues involved and put our hands on the deck to confront them head-on.
I pointed out that the MPI, a new tool with which to measure poverty in the country, was markedly different from the select focus on monetary poverty measurement. Contrary to sentiments that the report by an agency of this administration indicted the administration, the MPI only clarified the various dimensions of poverty and its attendant deprivations. It is
furthermore in line with the Federal Government’s commitment to be transparent and data-driven and primarily provide data free of interference or manipulation.”

He reiterated that the fact that the Multidimensional Poverty Index Survey results,
as published by the National Bureau of Statistics, make it clear that “poverty in Nigeria is mainly a rural phenomenon, with approximately 106 million (72% ) of the 133 million
multidimensionally poor, residing in the rural areas.”

Agba added, “With the significant contributory factors to multidimensional poverty being health and education issues, I simply pointed out that the neglect of the rural areas by those responsible for it is a significant factor as to why multidimensional poverty still persists today
at its current levels, despite the support, the Federal Government provides through social
investment programmes and development policies.

“The sub-nationals cannot evade this responsibility as the mandate for rural affairs fall within their ambit. It is expected that they take these empirical results, which have been provided at the senatorial district level for the first time, and apply them in addressing the issues the on ground in their respective states. I encourage the sub-national governments to take time to look at the indicators measured in the MPI to see where and how the responsibilities of
addressing those indicators fall within their political and constitutional responsibilities.”

In this article:Gatekeepers News, MPI