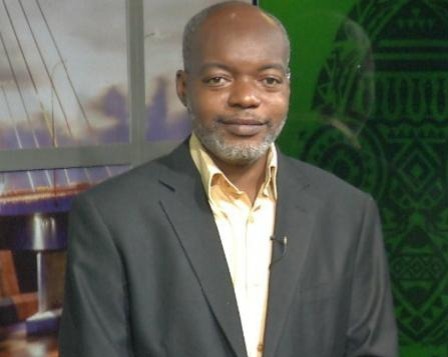 On 1 January 2016, the 17 Sustainable Development Goals (SDG) of the 2030 Agenda for sustainable development – adopted by world leaders in September 2015 at a historic UN Summit – came into force. One of the goals – the No 4 – is “to ensure inclusive and equitable quality of education and promote lifelong learning opportunities for all”. This signposts the importance of education to the development of any society as it is evident in the gulf between developed and underdeveloped societies.

When Mr Babajide Olusola Sanwo-Olu campaigned for the exalted office in 2018, he unveiled a strategic development agenda that he promised to pursue when elected as the governor of the state. The agenda comprises six pillars which are Traffic Management and Transportation; Health and Environment; Education and Technology; Making Lagos a 21st-century Economy; Entertainment and Tourism; and Security and Governance.

It was not a coincidence that Education is one of the pillars of Sanwo-Olu’s administration having been in government for enough time to know how crucial the sector is to reflect the centre of excellence slogan of the state.

As soon as he was elected in 2019, he began to walk the talk by prioritising Education and Technology in project execution. A deliberate incremental budgetary allocation for education from eight per cent in 2020 to the current 12 per cent underscores the governor’s sincerity to reform the sector from the base, which is primary education.

Setting the agenda for the wind of change is one of the projects that has become a point of reference, the Excellence in Child Education and Learning (EKOEXCEL). The innovative and transformational programme, which is managed by the Lagos State Universal Basic Education Board (LASUBEB), provides quality education in the public system and upskills teachers by leveraging technology. This underpins a study by Novel Prize winning-economist, Prof. Michael Kremer which states that attending schools and delivering highly standardised education has the potential to produce dramatic learning gains. This suggests that policymakers may wish to explore the incorporation of standardisation, including standardised lessons plan and teachers’ feedback monitoring, in their own systems.

Kremer’s study also suggests that if the methodology is replicated across public education systems, the learning gains will be enough to put African children from underserved communities on track to match their peers in countries with incomes three or four times higher.

So, setting the building blocks, the EKOEXCEL initiative began with a Pre-service Professional Development and Technology Training Programme for teachers and headteachers in the state’s primary schools. A pilot scheme of 4,000 teachers from 300 primary schools across the state saw the training incorporate the use of technology devices and other tools for modern teaching in order to support teachers in achieving better learning outcomes in the classroom.

The programme, which commenced in 2020, has seen 18,000 teachers move from analogue to digital teaching using tablets and an updated curriculum, which has impacted over 450,000 pupils in public primary schools in the state. As the curriculum is being updated to meet the demand of the present day, so also is the complementary infrastructural upgrade through massive construction and renovation of existing educational infrastructure with the completion of more than 1,097 school projects, upgrade and rehabilitation of 322 dilapidated public schools and furnishing of primary schools with 87,000 dual composite units of chairs and desks.

Testimonials abound on how impactful the EKOEXCEL initiative has being in the career of primary school teachers as Aletile Afolake, a teacher with the Ministry of Education District 6, lauded the digital training she had gone through at the expense of the state, Afolake, who had believed teaching is limited to standing before the pupils with a writing board to explain lessons, experienced teaching in its contemporary form. In her words “I’m highly excited to be part of the training, and I want to appreciate the governor for taking such a bold initiative to better position education in Lagos. We were exposed to computer programmes and systems of teaching and learning via technology that is basically structured to create animations games and cartoons,” she said.

Despite the outbreak of Covid-19 impacting education in Lagos, the EKOEXCEL programme and the governor’s vision enabled children to continue learning unlike many of their peers across Nigeria. As schools were closed during the pandemic, EKOEXCEL launched blended learning with the adaption of the [email protected] initiative to ensure that learning continued even in remote and poorly internet-connected communities. The programme consisted of self-study activity packets, learning guides, interactive audio sessions, virtual classroom experiences and WhatsApp quizzes. As an initiative that leverages technology, 450,000 mp3s with pre-recorded lessons were distributed, making it the largest learning technology rollout on the continent for remote learning.

It is noteworthy that the EKOEXCEL 2020-2021 Endline Fluency and Numeracy Evaluation has further justified the investment and affirmed the strategic intervention’s impact. The evaluation showed that EKOEXCEL pupils are making substantial progress in oral reading fluency and foundational numeracy compared to their performance before the initiative came into force.

Obviously, when the 2021-2022 evaluation will be released, it will capture the impressive performances of the pupils from Lagos State in the National Common Entrance Examination (NCEE). In the 2022 academic year, 71,738 pupils were registered with 34,030 being male. Lagos State registered the highest number of candidates with 19,518 out of which 18,787 sat for the examinations.

While the overall best student in the NCEE scored 201 out of 210, three pupils of Lagos public primary schools were just three, four and five points behind the best student as Ayomide Daniel Ajayi of Hussey Military Yaba scored 198, Damilola Basit Araba of the same school had 197 and Deborah Ugbaha of St Georges Girls scored 196. Deborah, who came third among Lagos pupils who sat for the NCEE, finished first in the in-school examinations, including the end-of-term one and two examinations. Ayomide and Damilola were second and third respectively, signposting the efficacy of EKOEXCEL’s methodology in boosting gender parity and improving overall academic performance.

However, the trio were not the only successful Lagos pupils. Others also had good scores, showing the significant movement of EKOEXCEL pupils towards proficiency. Of 53 pupils tracked and ascertained to have registered for the NCEE, 32 had excellent grades. More deductions from the tracking revealed that 32 pupils from 22 schools surpassed the aspirational and proficiency targets by 11.6 per cent and 9.6 per cent respectively, while the threshold targets for Partially and Below Proficiency were exceeded by 8 per cent and 9.3 per cent margins respectively.

Sustaining this performance and more by the pupils, there is also the Instructional Leadership App, a software which allows school leaders to monitor and respond to issues, including the percentage of lessons completed. With this app, primary school administrators can assess teachers’ performance and benchmark that against that of other schools’ performance.

Lest I forget, the latest addition to the curriculum is the “Hour of Code”, a one-hour introduction to computer science for Primary 1 to 6 pupils using fun tutorials. This programme is designed to demystify coding at an early age and enhance learning outcomes in public primary schools in the state.

It is not surprising to see stakeholders commend the impact of the EKOEXCEL initiative in transforming primary education in the state. They were unanimous in their appraisal during the 2022 Lagos State Education Summit.

Members of the Lagos State Chapter of the National Association of Education Secretaries of Nigeria (NAESN) and Association of Primary School Heads of Nigeria (AOPSHON) have even gone beyond appraisal to endorse the Governor for a second term as a result of the upward trajectory of basic education in the State.

The premise for their endorsement is the over 3,000 teachers employed and equipped with tablets which have made teaching easy for the teachers while their welfare packages have improved just as new schools are built and old ones renovated.

EKOEXCEL is a game changer as there remain endless opportunities on the horizon. A renewed four-year mandate holds a lot for the Sanwo-Olu administration to engrain a competitive formative education in Lagos.

Jide Olaniran is a broadcaster and Sports enthusiast.