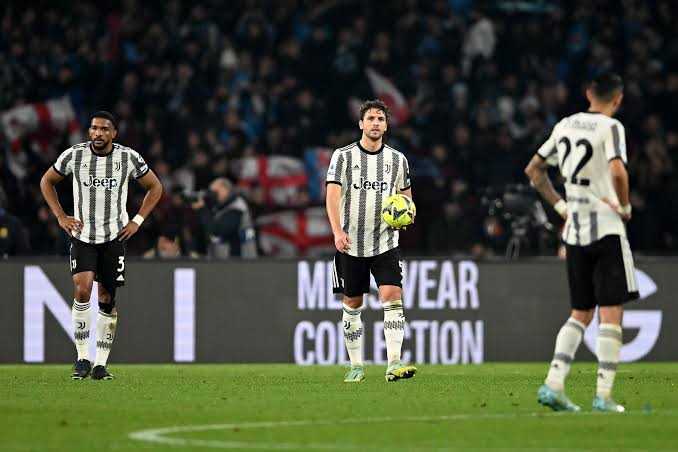 Gatekeepers News reports that Juventus who were third in Serie A, 10 points adrift of leaders Napoli before the ruling are left to doggedly contest in the 20 games left to play in this season.

Already, the points deduction have pushed them down into mid-table, outside the spots for European competition.

The ruling is tougher than a nine-point deduction a football prosecutor had requested earlier on Friday during a hearing looking at the way Juventus, Italy’s most successful club, and a number of other teams dealt with player exchange deals.

Although the ban currently does not prohibit Paratici from working outside of Italy, FIFA and UEFA will be asked to uphold the ruling for their own competitions.

The club’s CEO Maurizio Arrivabene has also been handed a two-year ban, while former vice-chairman Pavel Nedved has been given an eight-month suspension.

Juventus have been waiting to discover the findings of the investigation after it was announced that it had been re-opened last October.

According to the prosecutor of the case, the club had misrepresented losses in the period between 2018 and 2020, particularly regarding the amount ascribed to player sales.

The whole board resigned in November, leading to various media outlets claiming the unanimous decision came as a result of involvement in the Prisma investigation.

Meanwhile, Juventus have denied wrongdoing and said their accounting was in line with industry standards.

Nevertheless, the points deduction now means they are down in 10th place, and leaves them 12 points adrift of the Champions League places.