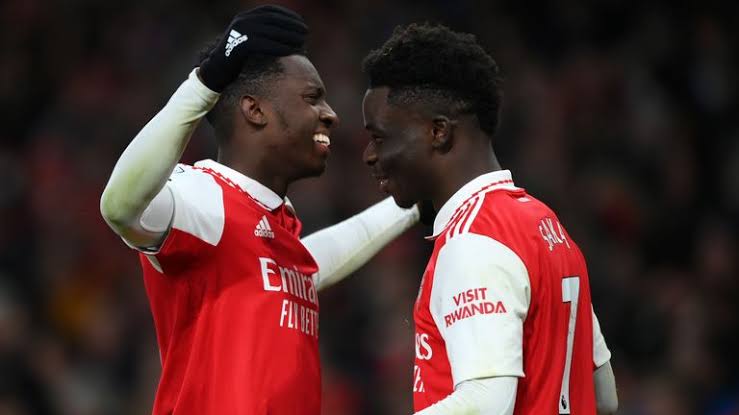 Arsenal defeated Manchester United in a 5-goal thriller in their English Premier League (EPL) encounter at the Emirates Stadium on Sunday.

Although Nketiah’s brace (opening/equaliser and winning goals) brought the victory for the Gunners, the Red Devils made Arteta’s men sweat in the exhilarating encounter.

Bukayo Saka also scored for Arsenal while Marcus Rashford and Lisandro Martinez were the away team’s goalscorers.

The win maintained Arsenal’s five-point lead at the summit of the EPL table with 50 points from 19 matches.

Meanwhile, United remain third with 39 points from 20 games, 11 points adrift of the leaders.

Haaland netted a header to give City the lead, doubled it with a penalty, and swept home a third from Mahrez’s pass to seal the victory. The 22-year-old Norwegian striker has scored 25 EPL goals from 20 matches.

See the results from other matches below: