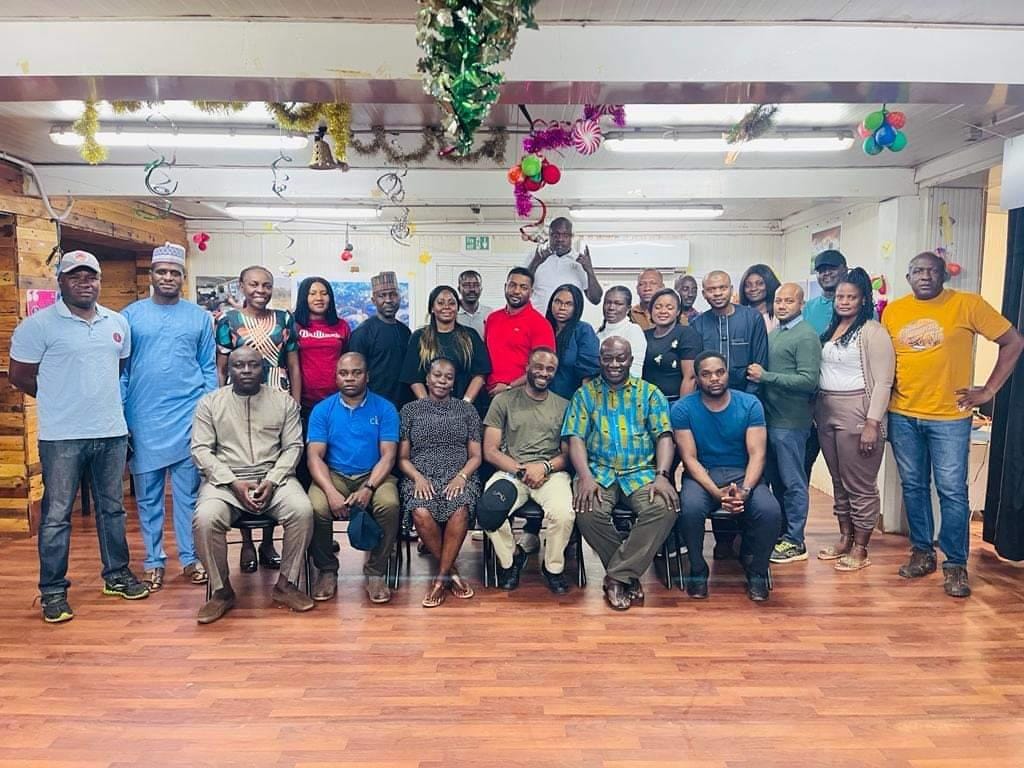 In his remarks delivered by the Special Assistant to the Acting Head of Mission, Brig Gen TJ Kareem rtd, the Acting Head of Mission and Force Commander UNISFA, described Wg Cdr Uche Agha, the Chief U5 and Sqn Ldr Olakitan Petrin Fatokun, UNMO as officers who gave selfless service to humanity and represent the symbol of military professionalism associated with the Nigerian Air Force and the Nigerian Military. 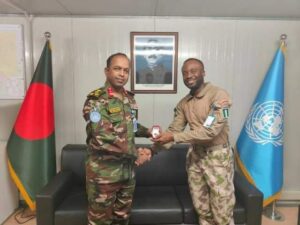 He stated that their exemplary service has shown why Nigeria will continue to be relevant in United Nations Peacekeeping efforts. He praised the commitment of the Honourable Minister of Defence, the Chief of Defence Staff, Chief of Army Staff, Chief of Naval Staff, Chief of Air Staff and Principal Staff Officers of the various Services in their efforts towards repositioning Nigeria back to UN Peacekeeping Operations.

The Acting Head of Mission presented the UNISFA Plaque and Gold Coin for Peace to the 2 deserving officers, stating that the Gold Coin is meant for only those who impacted positively to mandate implementation and served meritoriously.

Others recognized were, Col Elie Bukuru of Burundi, the Force Chief of Staff and Wing Commander Bizeki Madzadzure the Chief U-4 from Zimbabwe.