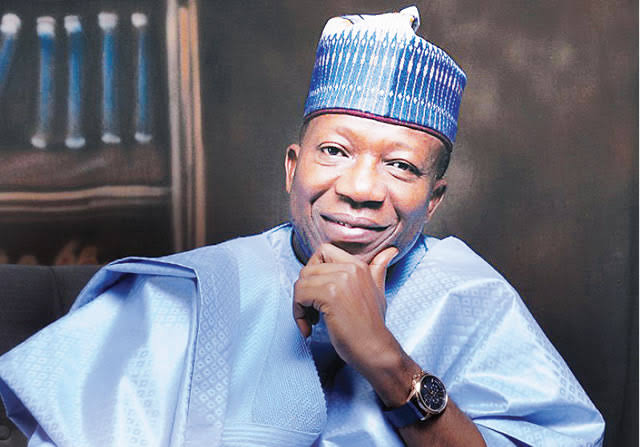 National Institute for Legislative and Democratic Studies Boss says the absence of legislative and judiciary autonomy will kill democracy.

Gatekeeper News reports that the Director-General, National Institute for Legislative and Democratic Studies (NILDS), Prof. Abubakar Sulaiman, says lack of autonomy for the legislature, and judiciary is dangerous to democracy.

Sulaiman, therefore pleaded with the state governors to comply with Executive Order 10 which has granted the two arms of government autonomy, adding that non-adherence to this amounts to democratic mutiny.

The NILDS Boss while stating that the Executive controls over N12 trillion budget to National Assembly’s less than N150 billion vote, urged Nigerians to hold the arm of government accountable.

He ruled out part-time legislature, noting that some governors were becoming Leviathans by disrespecting constitutional processes.

Gatekeepers News reports that Sulaiman said Executive Order is ordinarily unnecessary in a democratic society but needed to check the excesses of the governors.

According to him: “You cannot get the best of democracy if other arms or tiers of government are being caged or denied their rights and privileges. Democracy is not just for the Executive alone.

“To me, the most important organ of democracy is the Legislature. Therefore, if that organ of government is being handicapped and sabotaged in one way or the other or denied the necessary tools to work with, it is like killing democracy.

“So, what you are observing now in Nigeria with the refusal of the governors, so to speak, to adhere to Executive Order 10, amounts to murder of democracy. I will call it mutiny. It is like inviting the military back to the government.

“You cannot cripple the Legislature and the Judiciary by not granting them that autonomy. They must be able to access their funds via the first-line charge. Anything short of that amounts to democratic mutiny and that must be discouraged by Nigerian people.”

The NILDS Boss who was a Minister of National Planning justified President Muhammadu Buhari’s recourse to Executive Order and described it as a matter of expediency.

“Executive Order, in all respect, should be an aberration, but because governors have turned themselves to Leviathans. They will not want to adhere strictly to certain constitutional provisions, hence the recourse to certain instruments which could be antithetical to democracy in ensuring compliance.”

According to him: “I don’t think the cost of governance has to do with the parliament. I won’t subscribe to part-time Legislature.”

“But Nigerians will not know this. To me, this one is scientific: it cannot be debunked. It is something you can investigate.

“Of the over N12 trillion remaining, a minister could sit on N500 billion and Nigerians won’t ask questions. A minister is entitled to about three or four vehicles, but a member of the House of Representatives is entitled to one. But that one vehicle will be an issue to Nigerians and they will say they are buying vehicles again. I was once a minister, I used to have about five vehicles in my kit (convoy) when I was a minister.

“Let us do a survey of 50 or 100 richest Nigerians. You will not see one ex-parliamentarian among them. If you see anyone by mistake, maybe the person was a former governor or a former minister before going into the parliament.

“Beyond the ministers or politicians, the bureaucrats (the permanent secretaries, directors, deputy directors) are richer than the politicians. When I was a minister, I remember that a colleague used to tell me that the house he was staying in as a minister in the Asokoro District of Abuja belonged to a director under him. Nobody will talk about permanent secretaries or directors.

“I want to believe that there is a lot of misperceptions and misunderstanding about the Nigerian legislators. Perhaps because they are the only ones, by the nature of our democracy, that must go home to their constituencies to be seen and to interact with their people. And when they go there, they see them in new attires and new cars. They will conclude these lawmakers have stolen money.