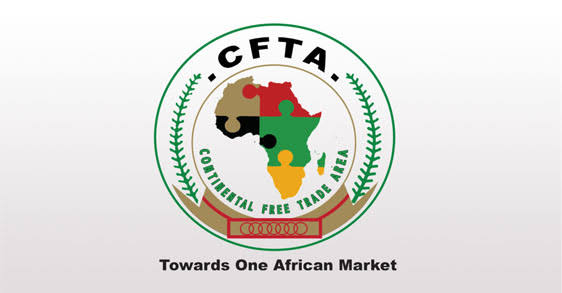 Gatekeepers News reports that the Federal Government of Nigeria says the African Continental Free Trade Area (AfCFTA) agreement will boost exports in the continent by at least $560 billion when it commences full operation.

The Senior Special Assistant to the Nigerian President on the Public Sector and Secretary, National Action Committee on (AfCFTA-NG), Francis Anatogu, made this known at the first African Local Content Roundtable Conference, held in Yenagoa, Bayelsa State, Southern Nigeria.

Anatogu said the benefits of the AfCTA include raising 30 million Africans out of extreme poverty and increasing the income of nearly 68 million others who live on less than $5.60 a day.

He noted that AfCTA will also upgrade Africa’s income by $450 billion by 2035, a gain of seven per cent, and add $76 billion to the income to the rest of the world.

The Presidential Aide said, “In addition, the AfCTA will see the increase in Africa’s exports by $560 billion, mostly in manufacturing, spur the larger wage gain for women to 10.5 per cent as opposed to men’s 9.9 per cent as well as boost wages for both skilled and unskilled workers.”

Anatogu, while quoting the International Trade Centre (ITC), said Nigeria imported $110 million worth of tubes, pipes, and hollow profiles in 2020, iron and steel tubes amounting to $160 million, refined petroleum of $7.71 billion, which accounted for 27.8 per cent of all total refined products were also imported in the same here.

Anatogu added that gas valued at $110 million was imported, which represented 3.02 per cent of Africa’s total while petroleum jelly, paraffin wax among others formed $800 million or 59.90 of Africa’s entire import for the same year.

According to him, there will be preferential access to Africa’s goods’ market worth $504.17 billion, services valued at $162 billion, adding to the market expansion opportunities and production growth through competition under the AfCTA.

He stressed that local content development remains a key component of the rules of origin of the AfCTA which simply means that any products to be considered African or to take advantage of the continent’s free trade area agreement must meet a minimum of local content.

The presidential aide stated that else, duty waiver and other gains that come with the AfCTA would not be benefitted.

Anatogu emphasized, “It is an exciting time in Africa because everything is coming together and it’s also very exciting because we have a template. This is about creating a single market for made in Africa goods and services and it will also provide the structure for making that trade happen, provide a mechanism for resolving disputes and managing injurious trade practices.”

He, however, added that Africa needs research and partnership to practlicalise this framework by talking to one another and having an inventory of things that are working and those that are not.

The Presidential aide also noted that AfCTA will provide elimination of tariff lines of over 90 per cent in the first and allow every country to receive 3 per cent of products where they have infant Industries that they want to protect.

In this article:AfCTA, Gatekeepers News