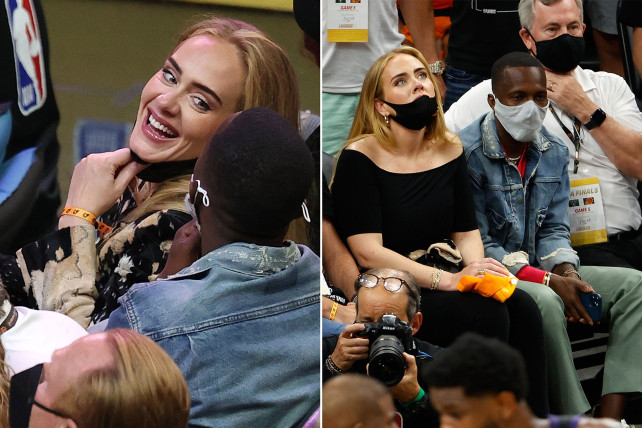 English singer and songwriter, Adele has found love again after she divorced her ex-husband Simon Konecki.

Gatekeepers News reports that the 33-year-old singer’s affair with Rich Paul was confirmed with a public display of affection on Thursday.

Also on Saturday, Paul was seen waiting for Adele outside the Big Apple’s Milk Studios dressed in a casual blue tracksuit and they later left the place Paul’s hand around the singer.

Recently, the ‘Hello’ singer was spotted laughing and cheering alongside Rich Paul, a sports agent, at Game 5 of the NBA Finals, in which the Milwaukee Bucks beat the Phoenix Suns.

Gatekeepers News reports that Adele ended her marriage with Simon Konecki after she filed for divorce in Los Angeles in 2019.

As reported by Elle, the 40-year-old was born and raised in Cleveland, Ohio, in the neighbourhood of Glenville. He became a sports agent after meeting a teenaged James at the Akron-Canton Airport in 2002.

Today, Paul has his own agency, Klutch Sports Group, which he started in 2012 and is one of the most well-known agents in sports.

In this article:Adele, Rich Paul