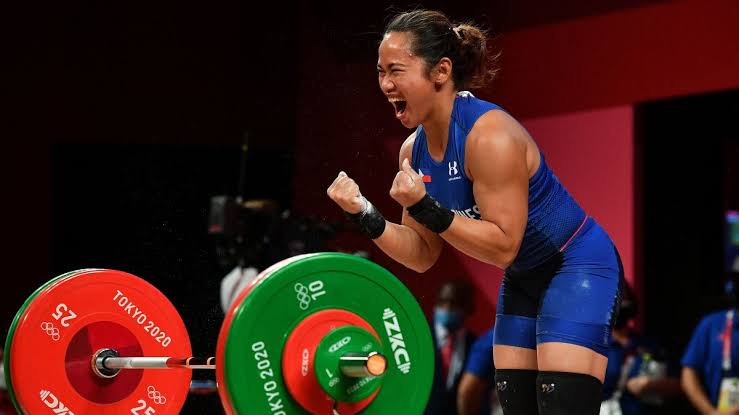 Gatekeepers News reports that weightlifter Hidilyn Diaz has won The Philippines’ first ever Olympic gold medal at the Summer Olympics in Tokyo.

On Monday, Diaz’s Olympic gold medal became the Southeast Asian’s first since it made its debut at the 1924 Paris Olympics.

She won gold in the 55-kilogram category of women’s weightlifting, and also set an Olympic record with her combined weight total of 224 kilograms across two successful lifts.

Diaz earned the gold medal after she slugged it out with the world record-holder, Liao Qiuyun (a Chinese) in the event.

Both Diaz and Liao lifted 97 kilograms in their first-round snatch lift. For the clean and jerk which followed, Liao lifted 126 kilograms (nearly 278 pounds). Diaz responded by lifting 127 kilograms — another Olympic record — which finally broke the Philippines’ gold drought.

Diaz while speaking to the Philippine Daily Inquirer, said, “I sacrificed a lot. I wasn’t able to be with my mother and father for how many months and years and then, of course, training was excruciating. But God had a plan.”

The 30-year-old who started weightlifting as a child, using plastic pipes that held concrete weights is at her fourth Olympics.

Although she won a silver prize at the 2016 Rio Olympics, she became the first woman from her country to win an Olympic medal.

Her Olympics bio read, “When she was 11, the Filipina was given a barbell to train with after a local weightlifting competition, and she practiced so hard that she wore it out, breaking the bar from overuse.

“But people and clubs noticed her dedication and donated more bars to the girl who loved to lift as she became a frequent fixture at every competition she could enter.”