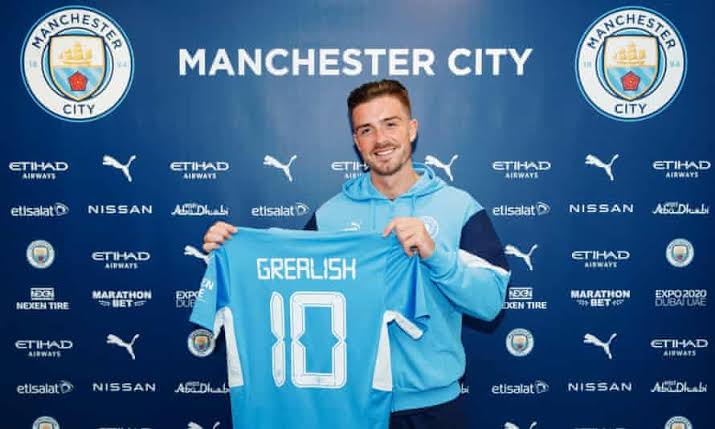 Gatekeepers News reports that Premier League champions have made their first major signing of the summer after completing the club-record move of £100m for Grealish.

Grealish after turning down the offer of a new deal at Villa Park signed a six-year contract with City.

The 25-year-old, who has been handed the number 10 shirt vacated by Sergio Aguero, is set to make his debut in the Community Shield clash with Leicester City at Wembley on Saturday, August 7.

Grealish said, “I am incredibly happy to have joined Manchester City, City are the best team in the country with a manager considered to be the best in the world – it’s a dream come true to be part of this club.

“Over the past 10 seasons, they have won major trophies consistently. Pep coming here has taken them to the next level and the football this team plays is the most exciting in Europe.

“To play for Pep and learn from him is going to be special and it’s something any top footballer would want. “the facilities are amazing, and I honestly can’t wait to get started, meet everyone and get playing.”

However, Grealish who has been picked as the top target can play as either a winger or as an attacking midfielder.

Meanwhile, City have smashed their own transfer record set last summer when they paid £62m ($79m) for defender Ruben Dias from Benfica, and Manchester United signing of Paul Pogba move from Juventus at £89m ($116m) in 2016.