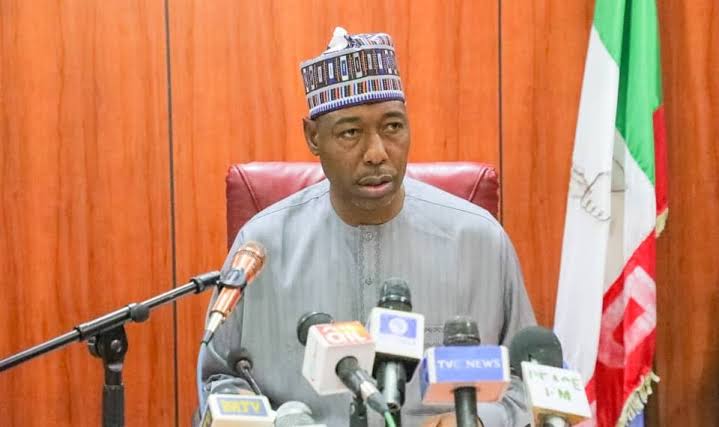 Gatekeepers News reports that the governor said this over the weekend in Bama and Gwoza, addressing military officers and community leaders.

He said the situation required diverse stakeholders, including representatives of attacked communities, to work together and review the merits and the demerits of the surrender to enable them to agree on a framework for a permanent solution.

“We (in Borno) are in a very difficult situation over the ongoing surrender by insurgents. We have to look between two extreme conditions and decide our future critically.

“We have to choose between an endless war or to cautiously accept the surrendered terrorists, which is really painful and difficult for anyone that has lost loved ones, difficult for all of us and even for the military, whose colleagues have died, and for volunteers.

“No one would find it easy to accept killers of his or her parents, children and other loved ones.

“In the last 12 years, we have been in this war, and we have lost thousands of fellow citizens. We don’t know the whereabouts of thousands of others: we don’t know whether they are alive or dead.

“In these 12 years, millions have been made homeless, and many wealthy farmers, transporters and others have been rendered poor. In these years, we were able to cultivate maybe around 3 per cent of the arable land. As a result, our people became dependent on food aid amid donor fatigue and potential food insecurity.