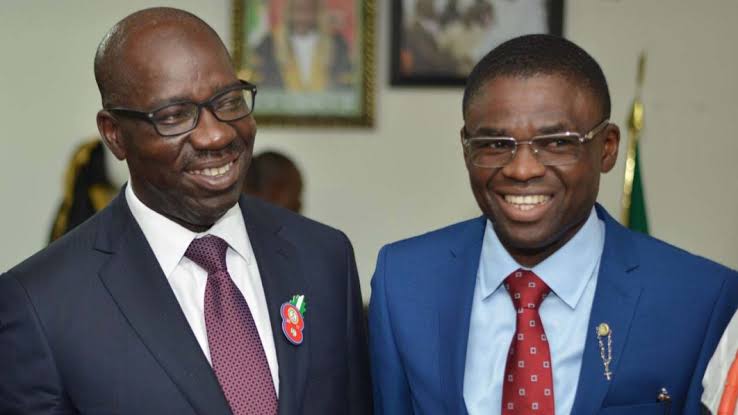 Gatekeepers News reports that Shaibu has admitted that there are issues within the ruling party, Peoples Democratic Party (PDP) in the state but denied having any rift with his principal, Governor Godwin Obaseki.

The Deputy Governor disclosed this while featuring as a guest on Channels Television’s Politics Today on Monday.

“So, the issue of not being happy with my governor is not there. I remain absolutely loyal to my governor.”

A section of the media (not Gatekeepers News) earlier reported that the Deputy Governor is plotting to leave the Peoples Democratic Party (PDP) as a result of a rift over matters bothering on the running of the state.

The reports also stated that the Deputy Governor has held a series of meetings with some party bigwigs outside the country last week where the supposed plans were finalised.

Shaibu while reacting to this, admitted there were some issues within the ruling party in the state.

Although he did not categorically state whether he would leave the party or not, he said, “There are issues we need to resolve over PDP.”

Meanwhile, his Chief Press Secretary, Ebomhiana Musa, has earlier denied the reports in a statement on Monday.

Musa while claiming they were mere speculations, added that the reports are complete falsehood and the figment of the authors’ imagination.

Governor Obaseki, with Shaibu as the running mate, first contested the governorship election in the state on the platform of the All Progressives Congress (APC) and won in 2016.

The Duo, however, contested for a second term under the PDP’s platform and were re-elected in the September 2020 election.