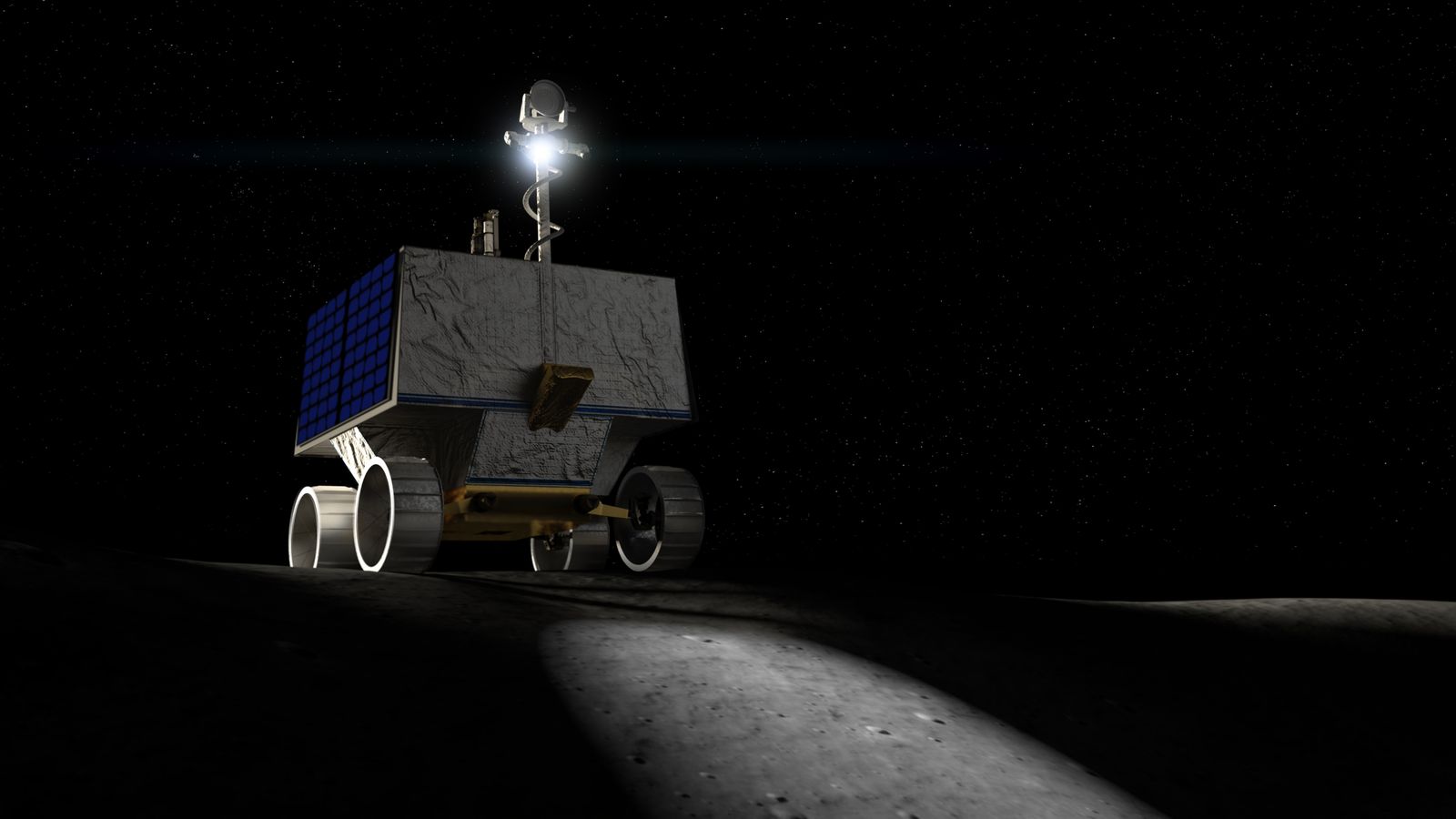 NASA has announced the landing site for its robotic lunar rover which is planned to launch in 2023 by a SpaceX Falcon Heavy rocket.

Gatekeepers News reports that NASA says its VIPER (Volatiles Investigating Polar Exploration Rover) will land near the Nobile Crater at the moon’s south pole where it will explore and map both the surface and the subsurface to identify water and other resources.

The space agency stated that this is part of its Artemis programme, named after the first moon mission’s namesake – the mythological sister of Apollo. Although it aims to take the first woman and the next man to the lunar surface by 2024, the exact date has not been announced.

In 2018 a team of scientists confirmed that water ice exists in the darkest and coldest parts of the moon’s poles.

Five years after the confirmation (2023), VIPER will launch on a SpaceX Falcon Heavy before reaching the surface which is one of the coldest areas in our solar system by using the Griffin lander developed by Astrobotic- another private company.

VIPER will land near the Nobile Crater which was formed when the moon collided with another smaller celestial body. Crater is almost permanently covered in shadows which makes it easy for ice to exist there.

Associate Administrator for Science at NASA, Thomas Zurbuchen said, “Once on the lunar surface, VIPER will provide ground truth measurements for the presence of water and other resources at the moon’s south pole.

“The data VIPER returns will provide lunar scientists around the world with further insight into our moon’s cosmic origin, evolution, and history, and it will also help inform future Artemis missions to the moon.”

VIPER project manager, Daniel Andrews said, “Selecting a landing site for VIPER is an exciting and important decision for all of us.”

Andrews added, “Years of study have gone into evaluating the polar region VIPER will explore. VIPER is going into uncharted territory informed by science to test hypotheses and reveal critical information for future human space exploration.”