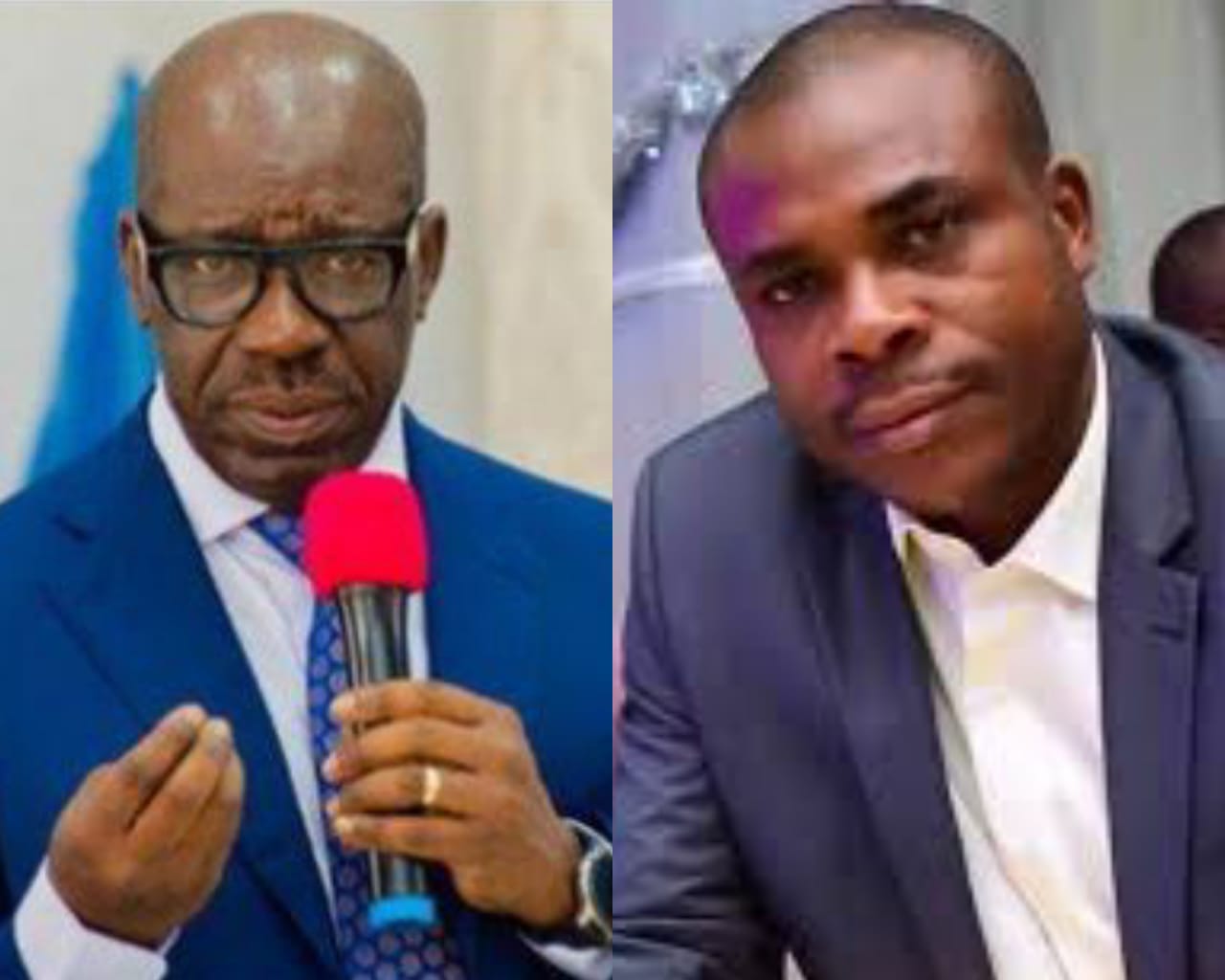 THE pathetically sly, serpentine, and hallucinating Governor Godwin Obaseki of Edo State, deliberately saved his caricature of humanity from being used as a burnt offering at the celebration of the return of the Benin Artefacts a few days ago in the Palace of the Benin Monarch. What seems like a dysfunctional thought process on the part of the blundering and failed Governor of Memorandum of Understanding (MOUs) extraction, was actually premeditated.

While the meaningless battle as to the appropriateness of the return of the stolen Benin Artefacts to the old Benin Empire was raging — precisely to the Benin Monarch’s Palace, where it originally belonged — the now subdued and humiliated Governor Obaseki sought to conscript me into the conundrum with his dirty, illicit money to which I objected. The reason Obaseki entangled himself in such a senseless and futile war of attrition with the Benin Monarch was to corner the hundreds of millions of dollars attached to the return of the Artifacts for the building of a new museum in the state.

For the Oba of Benin Kingdom’s issue, Crusoe needs to tell the world why Obaseki was not invited to the palace for the artefacts public presentations and the five-year anniversary. Did he not see how Rt. Hon. Ogbiede-Ihama he said he had suspended in his lonely mind took the shine that day while he the governor was locked up in his quiet recesses of self-delusion and abnegation? When is he ‘coming out from his closet? Crusoe should know what I mean…

If the Oba had not rebuked him, he was ready to pick another rounds of fight with him over the artefacts because he was told money was involved. There are no matters too high to discuss when it comes to the issue of Obaseki picking unnecessary fights, even with the revered monarch. The response of the Oba towards Obaseki’s effrontery was published in the dailies, so I am not revealing any sacred information.

So, when a former agent with the ThisDay newspapers like Crusoe Osagie works for a failing governor, what you have is a total disaster with catastrophic consequences. And that’s the acidic combination of Obaseki and Crusoe. My criticisms against Obaseki are purely issue-based and not as Crusoe Osagie will make the badly affected Edo State people believe it is unfair, and vicious attacks. The government of Godwin Obaseki is not uncountable nor transparent and it is the duty of every single Edo man and woman to ask for accountability, including Liborous Oshoma who has taken it upon himself to task the government on issues.

The history of how Comrade Oshiomhole made Obaseki the governor of Edo State against all odds is a public issue so Crusoe cannot cure history at this moment when it is already a known fact that Obaseki pays good with evil. It is also a known fact how Obaseki orchestrated the removal of Oshiomhole through his ward, an act which will go down in history as one of the worst forms of ingratitude after Brutus stabbed Ceasar.

Yes, thousands of Edo State citizens voted for Obaseki based on the propaganda he peddled. Today, the people are regretting their decisions because nothing to show for their staunch support for them. The party, PDP, he ran under after begging from pillar to post was his first victim. The ‘we rather die’ Crusoe, who calls himself a pastor cannot hide the fact that Obaseki has paid members of the old PDP with a wicked coin. Did he not organize the illegal suspension of Chief Dan Orbih, Rt. Hon. Ogbiede-Ihama, Hon. Segun Saiki and others in a shamefully televised manic rant where he was heard arrogating unto himself as emperor in the party he just joined? Did Obaseki not attempt to stop these same leaders of the party from attending the National Convention where he was disgraced? It is on record, even when Crusoe Osagie is a living lie, that Obaseki betrayed Chief Dan Orbih who went round 192 wards repairing his battered image from lack of performance. What about Governor Wike?

If Crusoe is not blind and deaf, he should have seen the TV interview where Emwanta was casting aspersions against Governor Wike. He should have seen the last interview on AIT where Wike made reference to the frosty relationship he has with Obaseki after all he did for him. If Crusoe is not suffering from mental collapse, he should have known that of all the South-South governors, Obaseki is the only one that is being alienated as a blackleg because of their mistrust for him.

He was among those who co-signed the agreement on the Anti-Grazing policy but went back to betray them. He is the only one supporting a northern candidate for president when they had all agreed that power must come to the South, even by the APC governors. The likes of Governors Okowa, Wike, Orton, Makinde, Udom, Diri…no longer enjoy his company because they know him now as a serial betrayer if he could agree with them and then go to Buhari begging for money for livestock shit when he should have signed the Anti-Grazing Bill into law.

History will be unkind to Obaseki and it won’t be too long. I leave Crusoe with this smashing hit; Gov Obaseki would feel ashamed now. Firstly, the Oba defeated him over the artefact. Secondly, PDP defeated him over harmonization. Thirdly, Kabaka defeated him over demolition. Fourthly, Edo is waiting to defeat him over his succession imposition plan for 2024, where he’s secretly pledging to allow his postal political child to snatch the PDP governorship ticket.

This axiom suffices for the inordinate Governor of Edo State: “those whose Palm kernel were cracked for by a benevolent spirit must not forget to humble”. The outgoing Governor Obaseki must not abuse the privilege of being a Governor of a backward and vanquished state.

Ikhide contributed this piece via [email protected] from Lagos, Nigeria.