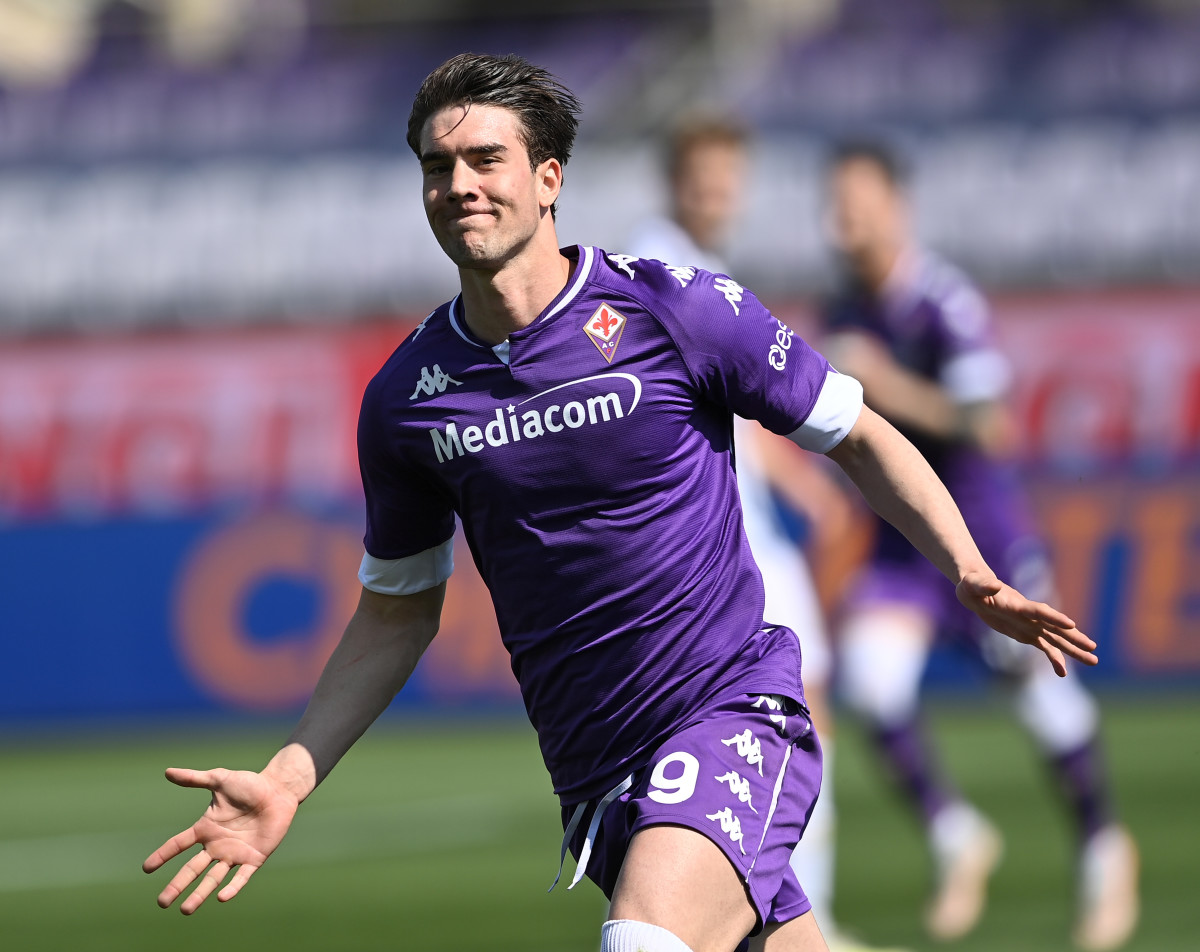 Fiorentina’s Dusan Vlahovic has dealt a huge blow on Arsenal after choosing Juventus over the English Club.

Gatekeepers News reports that Italy has claimed that Vlahovic only wants to join Juventus, dragging Arsenal and their huge sum in the mud.

Arsenal earlier approached Florentina for the signing of Vlahovic at a total deal of £150million.

The 21-year-old has recently emerged one of the brightest young strikers in European football after netting 41 goals in his last 62 appearances for Fiorentina.

His most recent score came in Fiorentina’s 6-0 mauling of Genoa. Although the Serbian striker missed a first half penalty, he was able to make up for it by smashing in his side’s fourth on Monday evening.

During the game, it appeared as if Vlahovic waved goodbye to the Fiorentina supporters, signalling he is about to exit the club in the January window.

His performances has sparked scenes of pandemonium on Twitter as Arsenal fans continuously linked themselves with the Serbian goal-machine.

In a plot twist, Vlahovic will be leaving Fiorentina but has chosen to move to Juventus, an Italian journalist Giacomo Scutiero reported.

According to reports, the Serbian earlier agreed terms with Juventus back in October, with the Old Lady agreeing to pay his agent’s sky-high commission fees.

Meanwhile, his current club wants him to sign a contract extension, with his current deal ending in June 2023.

However, his goodbye wave to the Fiorentina’s fans at Genoa victory has made manager Vincenzo Italiano quiet about Vlahovic’s future in the club.