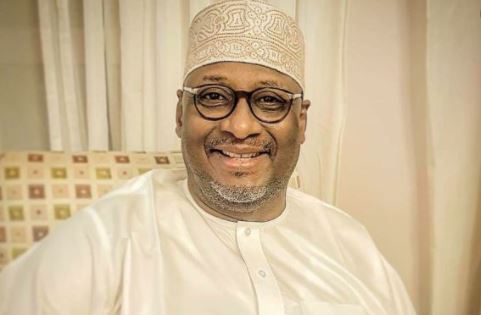 Though he has remained silent since he served as the National Chairman of the main opposition political party in the country, Peoples Democratic Party (PDP), former Governor of Bauchi State, Ahmed Adamu Muazu has been called upon to join the 2023 presidential race under the PDP.

Gatekeepers News reports that the call on Adamu Muazu was made by a Coalition of North-East Young Technocrats for Good Governance as contained in a statement issued to Journalists in Bauchi on Tuesday.

The group argued that the former Governor, with his vast experience and performance, has what it takes to unite the country and grow the economy considering that he is a Nigerian with connections across the country.

The National Coordinator, of the Group, Dr Mohammed Abdullahi and Secretary-General, Mr Solomon David (Jnr) in the statement stated that the coalition would continue to canvas for more members and keep enlightening people on the antecedents of Adamu Mu’azu and his exemplary leadership style.

They stated that: “Nigeria is very blessed with intelligent men and women of goodwill which have continually produced eminent figures such as Ahmadu Mu’azu, an eminent personality and the past National Chairman of the Peoples Democratic Party (PDP) “.

The group argued that he is top among equals whose track records in unifying this nation is of note and whom we believe is eminently qualified to lead this nation given all the needed support by stakeholders.

According to the group, “He is fit for the highest office at this time and needed to be brought on board to lead the unification struggle to keep Nigeria growing as one given the agreement that this country needed to grow and remain a united nation for the greatest happiness of the citizens and overall development of the nation”.

The group added that, “Mu’azu is a man with laudable achievements, and good track records, is no doubt the person that would be most acceptable to the northern and southern elites and the people, in general, considering his laudable achievements in various aspects of life.

“He has not retired but should now be beckoned unto to come onboard in order to refire the national clout that could further cement and bond Nigeria together as one beyond 2023″, the group stressed.

“To this end in our own genuine view of Nation-building, a man of goodwill in person of Ahmadu Mu’azu should be given the chance as his pedigree and records in national politics speaks volumes. Let’s embark on a journey to grow our dear country and give one Nigeria another chance in 2023 by considering a man of strong will Ahmadu Mu’azu”

According to the group, “In all the places he worked, he has proven his worth through hard work, and, his giant strides in developing Bauchi State when he was a Governor for eight years was attested to, by all, even today, his legacy projects are the projects that make the state a model”.

It added that, “his performance when he was in NIMASA and other places he had worked proved that he is a result-oriented leader that executed quality projects through hard work and transparency”.

“He is a detribalized Nigerian, a quintessential leader per excellence who has friends across the 36 states of the federation, who generosity, just and fairness touch and improves the living standard of not only a common man but all human beings that comes across him”, the group stressed.

It concluded that, “He has the integrity, honesty and zeal to address corruption and subsequently combat injustice, marginalisation, insecurity, poverty ethnicity and many societal ills bedevilling the country, in fact, Muazu will make Nigeria a better place to live”.