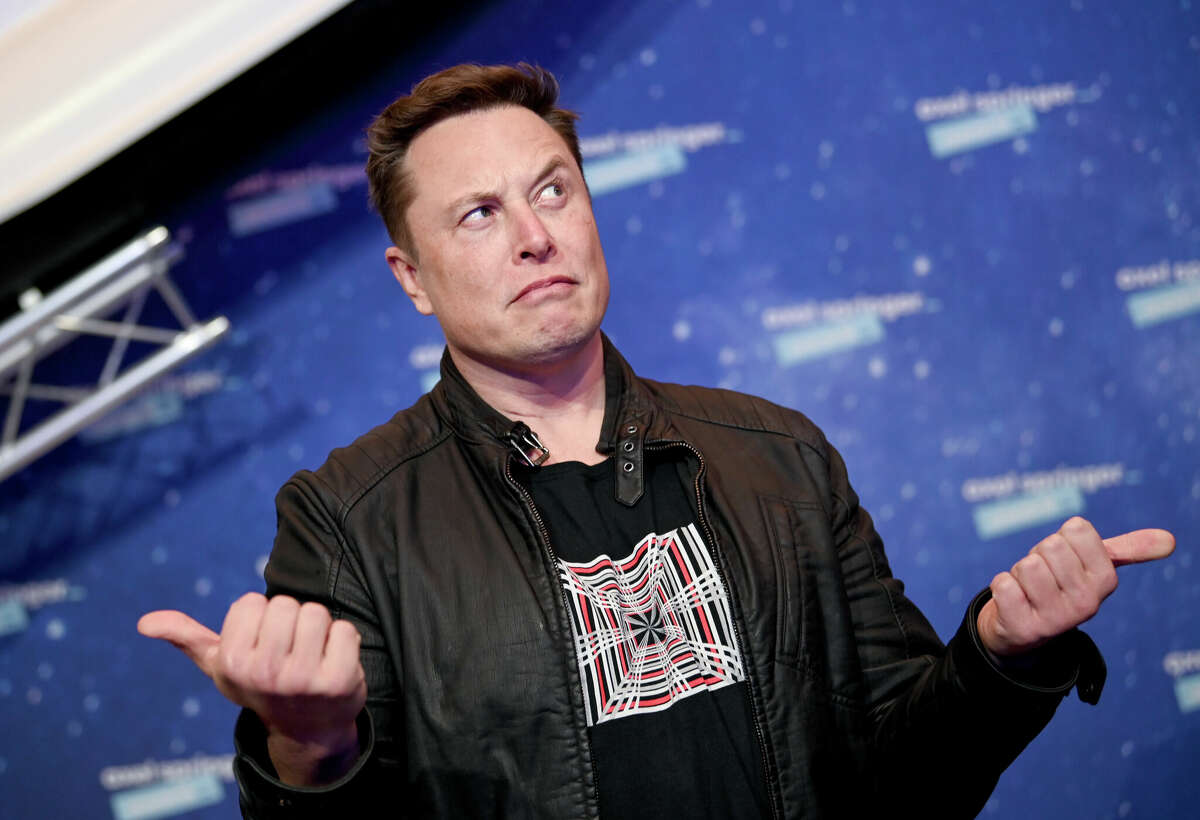 Tesla boss, Elon Musk has decided not to join the board of Twitter.

Musk’s appointment was due to become effective on Saturday after he had acquired a 9.2% stake in the social media platform.

Without joining the board, remains Twitter’s largest shareholder and the firm will remain open to his input.

Agrawal said Twitter offered Musk a seat on its board as the company had believed it was “the best path forward”, with board members having to “act in the best interests of the company and all our shareholders”.

On Musk’s decision, Agrawal said: “I believe this is for the best”.

“We have and will always value input from our shareholders whether they are on our board or not,” he added. “Elon is our biggest shareholder and we will remain open to his input.” 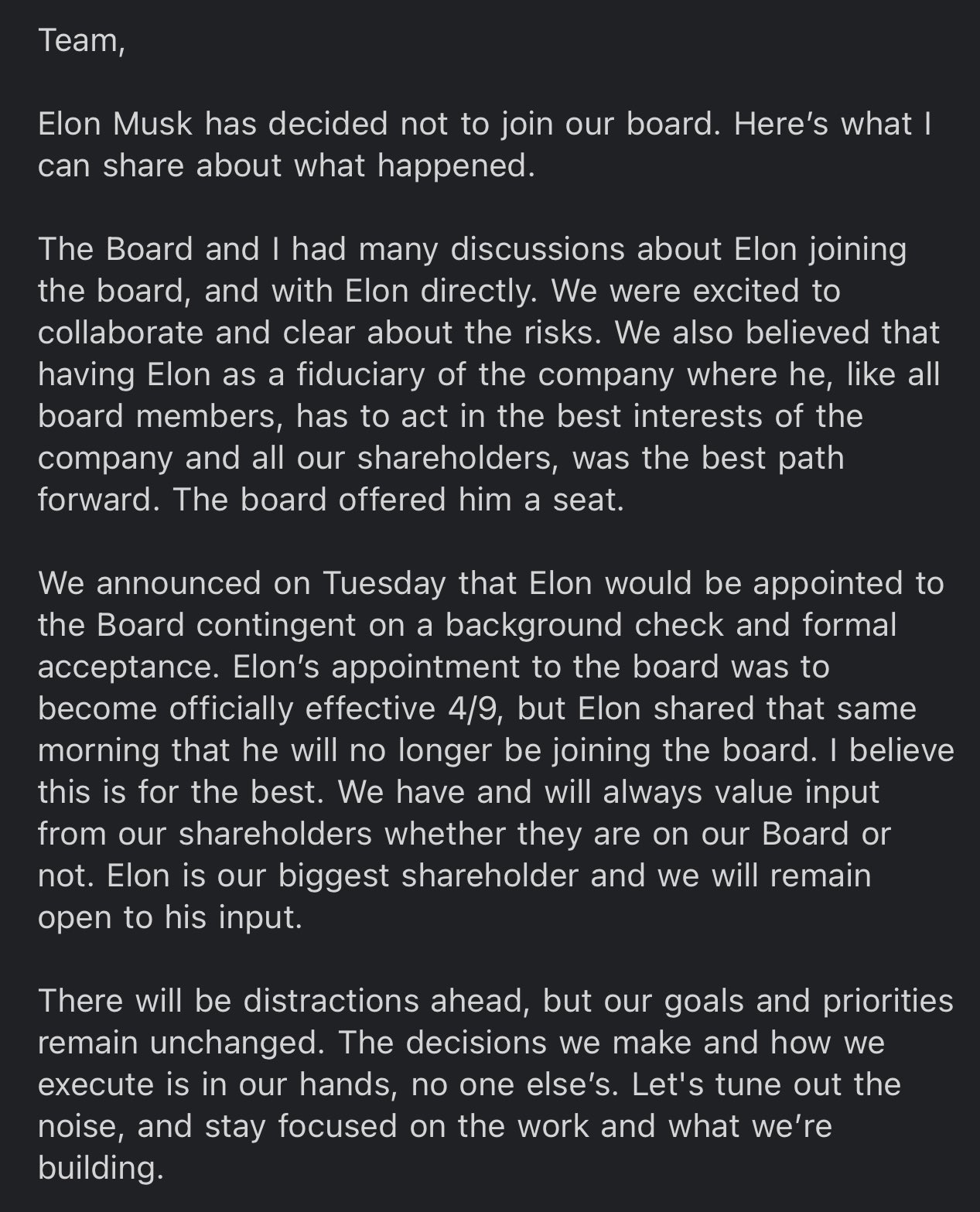 Elon has decided not to join our board. I sent a brief note to the company, sharing with you all here. pic.twitter.com/lfrXACavvk

Meanwhile, Musk over the weekend suggested changes to the Twitter Blue premium subscription service, including slashing its price, banning advertising and giving the option to pay in the cryptocurrency dogecoin.

He also asked his followers whether Twitter is “dying” and if its headquarters should be turned into a homeless shelter.

Musk also created a poll asking whether the letter “w” should be removed from Twitter, with the only options being “yes” and “of course”.