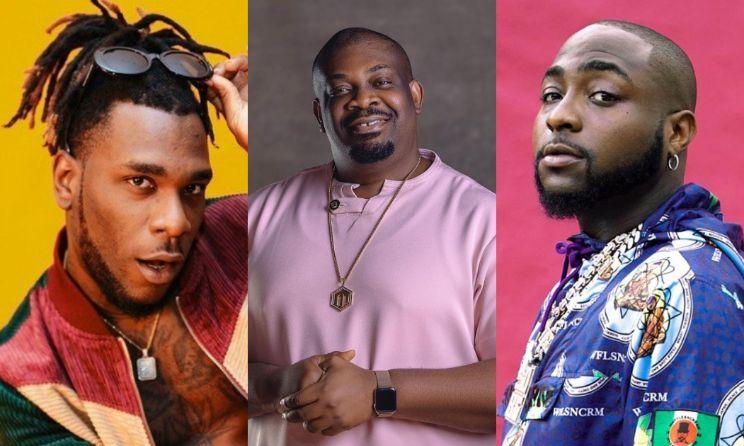 After gaining wide acclaim for their new releases, Davido and Burna Boy have stayed on top of the Apple Music Chart.

Davido’s Stand Strong was number one on Apple Music Chart a few hours after the song was released but was soon usurped by Burna Boy’s Last Last.

Listen to Stand Strong by Davido

Both songs are part of the yet-to-be-released albums by both leading Nigerian musicians.

They are joined by Spinall and Asake’s Palazzo. Last Last is also number one on YouTube’s Trending top 20 and it’s followed by Stand Strong featuring The Samples again as they mark their places as Nigeria’s hottest songs of the moment.

Also gaining massive airplay since its release on Friday is Zinoleesky’s Loving You produced by Niphkeyz. The song has earned rave reviews and has been rated as one of the finest songs of the moment.

Listen to Loving You by Zinoleesky 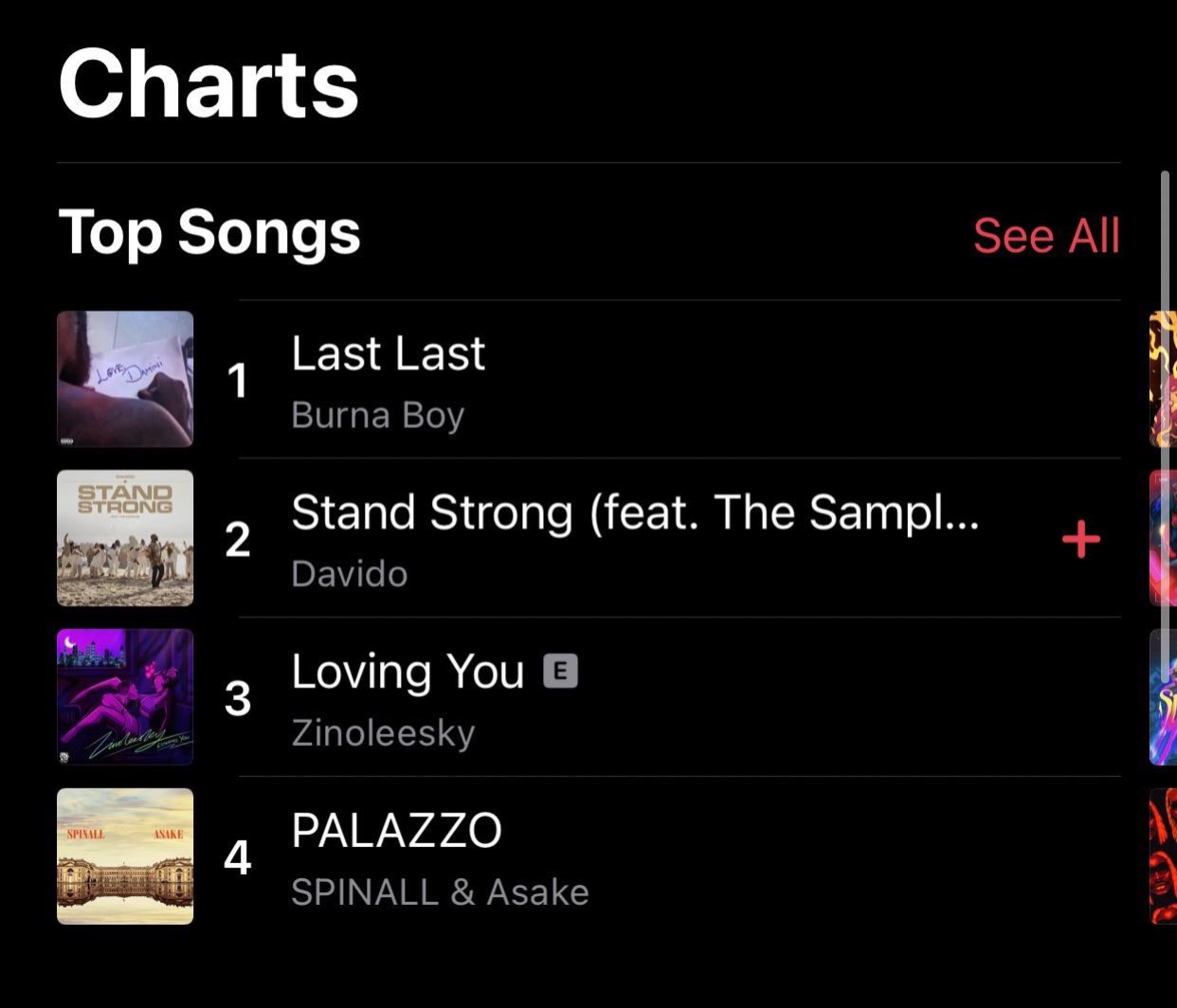 A Mavins’ All-Stars release, Overdose is currently #5 trending on YouTube after visuals to the song were released on Friday. The song features Don Jazzy, Ayra Starr, Ladipoe, Crayon, Magixx and Boy Spyce while Rema was also mentioned along with the visuals.