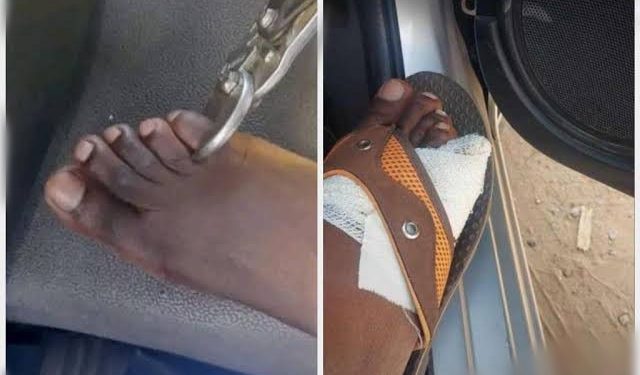 Excessive cost of living in Zimbabwe has allegedly forced many of its citizens to start cutting and selling their toes for thousands of dollars.

According to reports, the toes can also be traded in for massive luxury automobiles.

In a video, some males were sighted straining to walk after selling their toes at the capital’s Ximex Mall.

Barry Roux, a South African lawyer, and journalist backed up this claim in a video he posted. In the video, a man who had sold his toe was unable to walk while showing off his new luxury car.

Roux captioned the video: “People in Zimbabwe have begun selling their toes for tens of thousands of dollars or huge SUVs.

“The government’s failure to produce jobs, as well as high living costs, is to blame. The larger toes will cost you $40,000, whereas the smaller toes will only cost you $20,000. ”

A man who commented on the post said he was recovering from a toe amputation he had last week.

Watch the Video below: