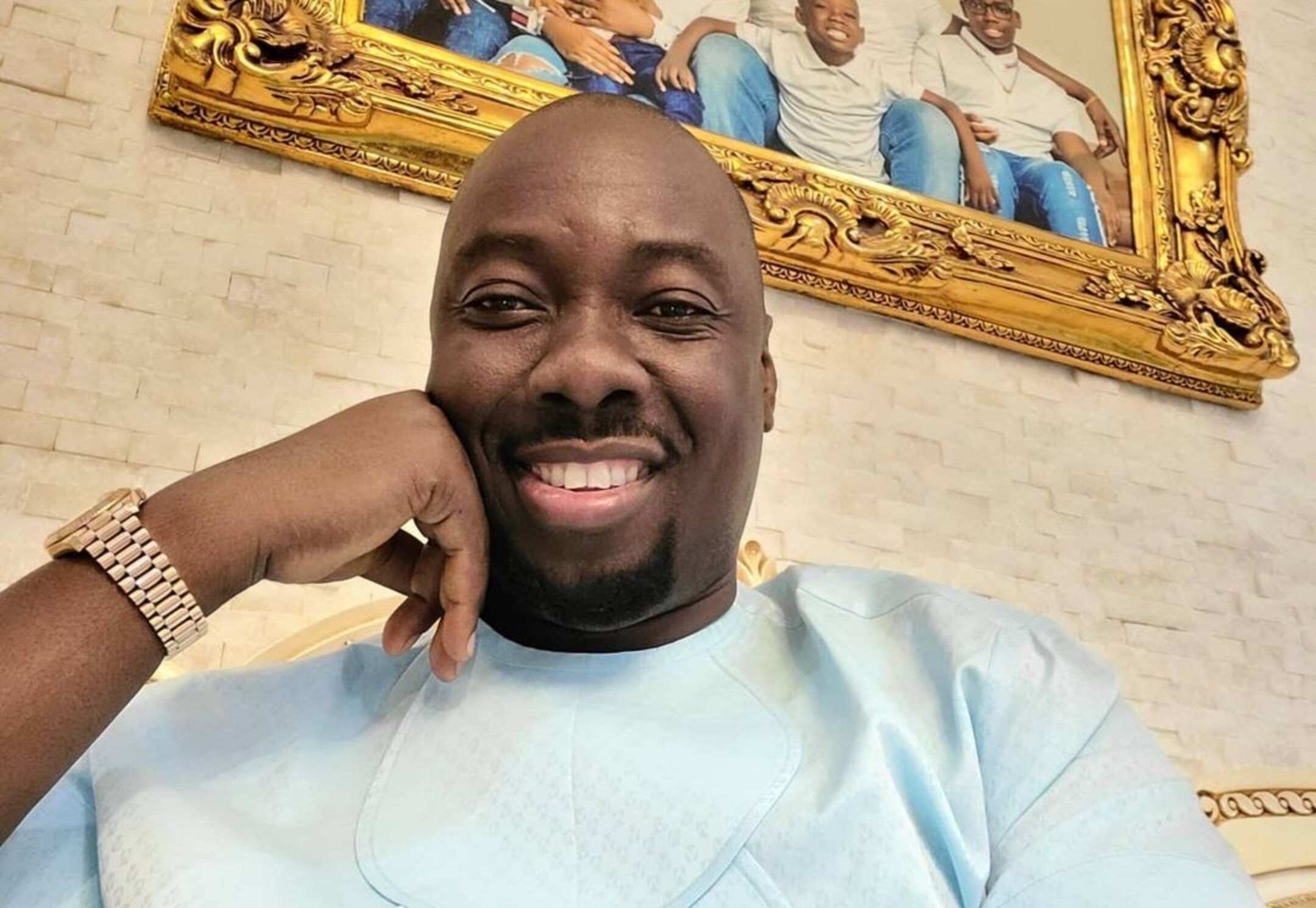 Popular Socialite and Businessman Obinna Iyiegbu, who is better known as Obi Cubana, has addressed the shooting that took place at one of his clubs, Club Cubana, in Victoria Island, Lagos State.

Gatekeepers News reports that the police escort of Nigerian singer, Burna Boy allegedly shot two fun seekers at Club Cubana on June 8 after a lady, Neme Briella, who was with her partner, turned down his advances.

“On the first attempt, I told him I wasn’t interested in talking to Burna Boy and I’m married to my partner. He came the second time, third time and that caused a few of our friends to flare up as they ask why he kept coming to disturb me.”

This led to heated confrontations.

“My partner and his friend were shot, with both needing urgent medical care. A bullet grazed my partner’s head and our friend was shot in the thigh, leaving him hospitalized and needing emergency surgery in Nigeria,” the UK-based Nigerian lady narrated on Monday.

Brielle added, “@obi_cubana only reached out to us 4 DAYS after the event claiming he had no idea and would do everything to get us justice for attempted murder.

“11 days later, there has been no CCTV footage real eased by the club OR even a statement to address the incident publicly. Business has carried on as usual for him.”

Obi Cubana, while reacting on Instagram, wrote: “As Regards the issues making rounds the social media, we at Cubana Group have given all information at our disposal to the legal authorities. 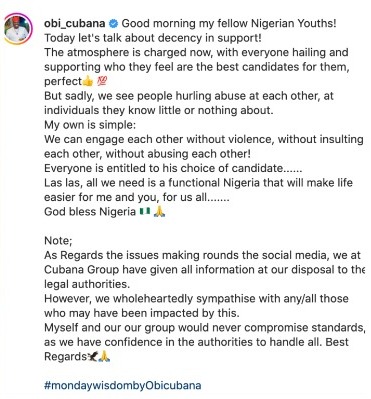 “However, we wholeheartedly sympathise with any/all those who may have been impacted by this.

“Myself and our group would never compromise standards, as we have confidence in the authorities to handle all. Best Regards”