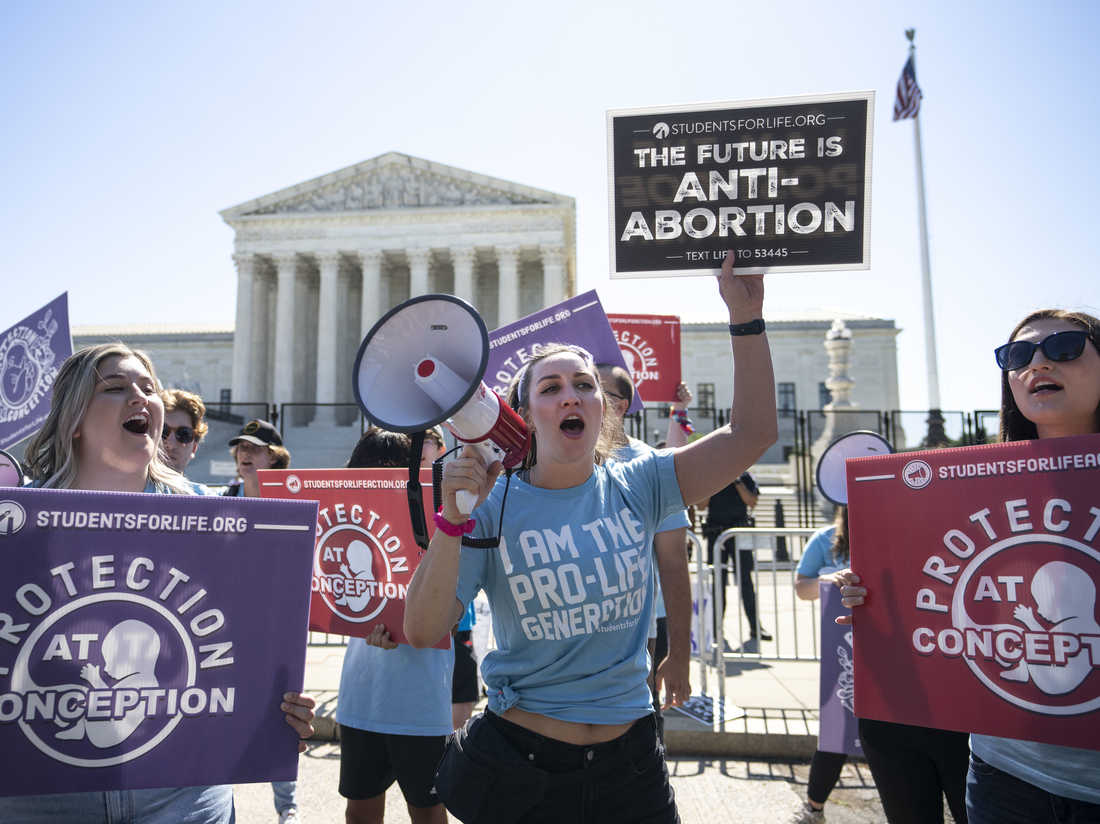 WASHINGTON, DC - JUNE 6: Anti-abortion activists rally in front of the U.S. Supreme Court on June 6, 2022 in Washington, DC.  According to media reports, Supreme Court officials are escalating their search for the source of the leaked draft opinion that would overturn Roe v. Wade. The justices have 33 remaining cases to be decided by the end of June or the first week in July. The issues include abortion, guns, religion and climate change. (Photo by Drew Angerer/Getty Images).

US Supreme Court has overturned Roe v Wade, a landmark ruling that granted the right to abortion for nearly five decades in the United States.

Gatekeepers News reports that the country’s top court on Friday ruled in a Mississippi case that “the Constitution does not confer a right to abortion”. The justices decided by voting 6-3, powered by the court’s conservative supermajority.

The ruling read, “The authority to regulate abortion is returned to the people and their elected representatives.”

The decision comes after a draft opinion indicated that Roe v Wade would be overturned. This sparked widespread protests and condemnation across the US, with reproductive rights advocates saying millions of women would no longer have access to abortion services.

Over two dozen of US states are likely to ban abortion now that the 1973 legal precedent has been overturned. Reproductive rights group Guttmacher Institute had earlier raised concerns that the move will disproportionately harm low-income women and communities of colour.

In Friday’s ruling, the justices held that the 1973 Roe v Wade decision that legalised abortions performed before a fetus would be viable outside the womb – between 24 and 28 weeks of pregnancy – was wrongly decided because the US Constitution makes no specific mention of abortion rights.

The Roe v Wade decision earlier argued that the right to personal privacy under the US Constitution protected a woman’s ability to terminate her pregnancy.

Conservative Supreme Court Justice Samuel Alito, in the opinion issued on Friday, wrote that Roe and Planned Parenthood v Casey were wrong the day they were decided and must be overturned.

Justice Alito wrote, “We hold that Roe and Casey must be overruled. The Constitution makes no reference to abortion, and no such right is implicitly protected by any constitutional provision.”

Chief Justice John Roberts, who also voted in favour of the decision wrote that he would have upheld the Mississippi law at the heart of the case a ban on abortion after 15 weeks of pregnancy, and stopped there.

“With sorrow – for this Court, but more, for the many millions of American women who have today lost a fundamental constitutional protection—we dissent,” they wrote.

Although opinion polls show a majority of Americans support abortion rights, overturning Roe has been a goal of anti-abortion activists and Christian conservatives for decades, with annual anti-abortion marches taking place in Washington, including in January of this year.

Human rights advocates slammed the US top court’s decision on Friday as a “catastrophe” that would deprive millions of people of the right to make decisions that affect their futures.

“Today marks a grim milestone in the history of the United States,” Tarah Demant at Amnesty International USA said in a statement. “Millions of people who can become pregnant in the United States now face a future where they will not be able to make deeply personal choices that affect their bodies, their future, and the well-being of their families.”

“We know you may be feeling a lot of things right now — hurt, anger, confusion,” Planned Parenthood wrote on Twitter. “Whatever you feel is OK. We’re here with you — and we’ll never stop fighting for you.”

In this article:Gatekeepers News, Right To Abortion, Roe V Wade, US Supreme Court