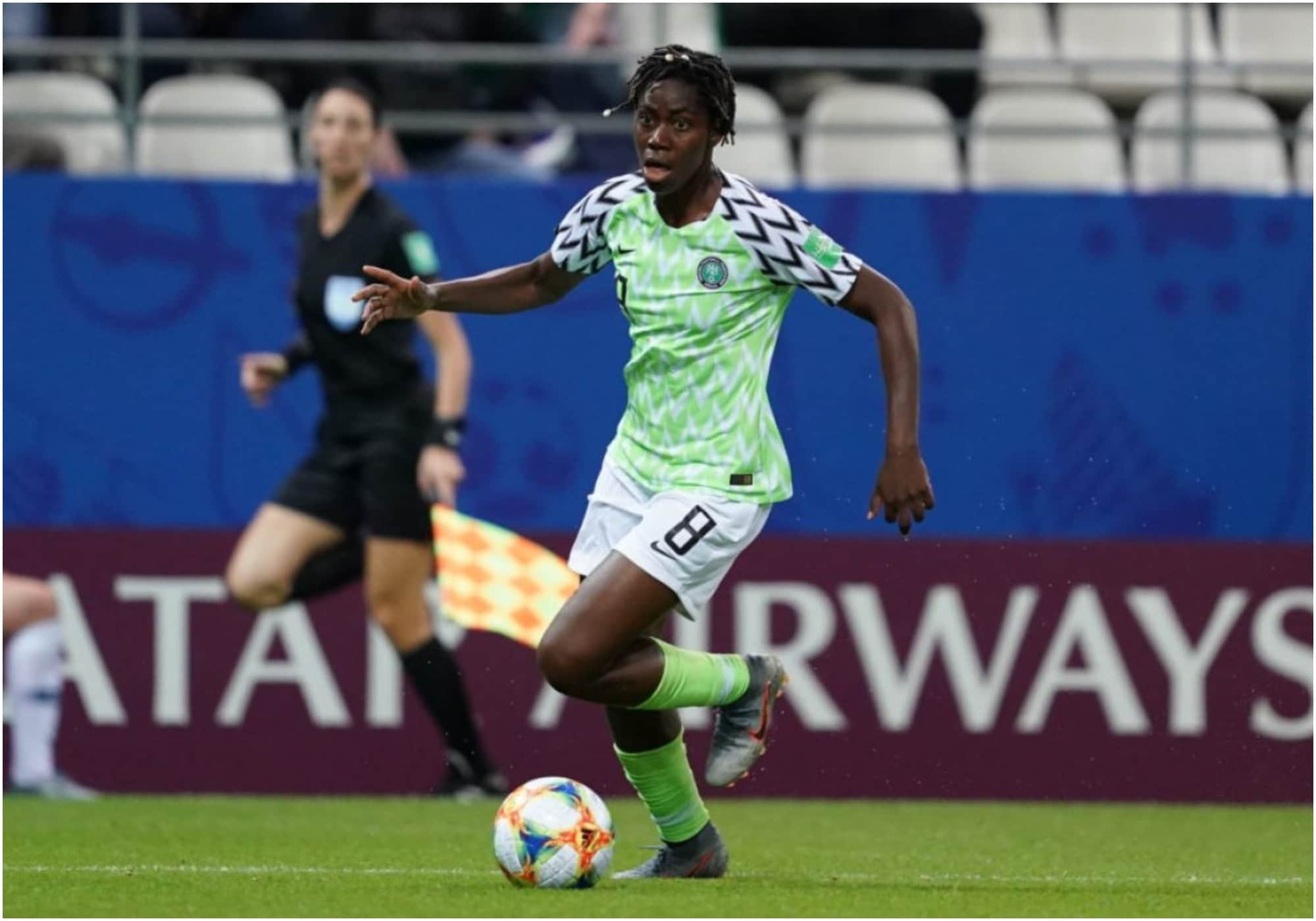 Nigeria Football Federation (NFF) has announced that Asisat Oshoala, Super Falcons striker, will be out of the remainder of the ongoing 2022 Africa Women Cup of Nations (AWCON).

Gatekeepers News reports that NFF cited knee injury while announcing the withdrawal of Oshoala in a tweet on its verified Twitter handle on Wednesday.

Oshoala got injured in the Falcons’ 2-1 loss to the Banyana Banyana of South Africa in the team’s opening group game of the competition staged in Morocco.

The Barcelona Star strained the “medial collateral ligament” in one of her knees and is billed to return to Spain on Thursday.

The tweet read, “Sad news from Super Falcons camp: Top striker Asisat Oshoala is out of the ongoing WAFCON 2022.

“She sustained a Grade 2 Medial Collateral Ligament strain in the game against South Africa. She is due back in Spain on Thursday. Get well quick, Asisat!”

The past year has been a tumultuous one for the 27-year-old with recurring knee injuries crippling her shine.

Last season, Oshoala was laid off for at least three months due to injuries but returned to help Barcelona Femeni win the Spanish Primera Division and became the first African woman to win the league’s highest goalscorer gong.

The Falcons will continue their 2022 AWCON campaign against Botswana on Thursday before Burundi in their final group game on Sunday.