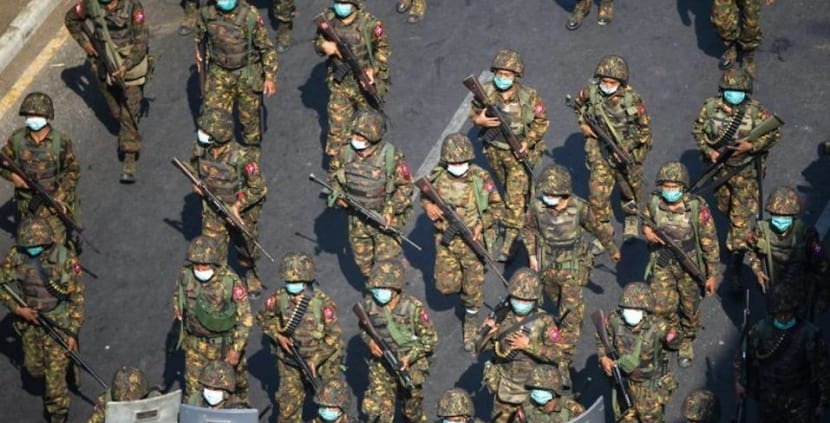 Gatekeepers News reports that the men were sentenced to death in closed-door trials in January and April. State news outlet Global News Light of Myanmar said the four men were executed because they “gave directives, made arrangements and committed conspiracies for brutal and inhumane terror acts”.

Zeya Thaw, 41, and Min Yu, 53, were convicted on terrorism charges.

The other two men executed were Hla Myo Aung and Aung Thura Zaw. They were convicted of killing an alleged military informant.

The execution of the activists is Myanmar’s first in more than three decades and defies international appeals for restraint.

Family members of the deceased gathered at Insein prison on Monday desperate for information on their loved ones.

The mother of Zeya Thaw says she was not told when exactly her son would be executed, adding that she was unable to make proper traditional funeral plans.

“When we met on Zoom last Friday, my son was healthy and smiling. He asked me to send his reading glasses, dictionary and some money to use in prison, so I brought those things to the prison today (Monday),” Khin Win May said. “That’s why I didn’t think they would kill him. I didn’t believe it.”

The families, according to reports, have submitted applications for information on the executions.

Myanmar’s National Unity Government (NUG), a shadow administration outlawed by the junta, called for international action against the military.

“The global community must punish their cruelty,” Kyaw Zaw, the spokesperson for the NUG president’s office, told Reuters.

US Secretary of State Antony Blinken while condemning the executions said in a tweet that: “Such reprehensible acts of violence and repression cannot be tolerated. We remain committed to the people of Burma and their efforts to restore Burma’s path to democracy,” he tweeted.