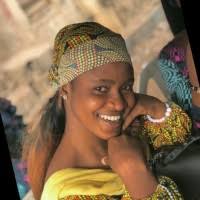 It may interest you to know that statistics show that women constitute about 49-50% of the world total population. Yet, they are still very underrepresented in governance, leadership and our political space. The constitution of Nigeria grants men and women equal status, as well as free and lowborn, the greatest discovery of the world may not be the respective discoveries of science, but democracy itself. The ‘concept’ democracy has redefined world order and shaped history, not perfect and may not be perfect as versions of traditional and modern democracy continue to debate certain aspects of freedom, free speech, equality, equity till date.

According to the United Nations, research has it that we have only 25% of women involved in the national politics. How then do we explain “equal rights” when about 75% are left out of the process?

Women have fought greater battles in world history, in redefining their roles and purpose of existence. Exhibiting equal intelligence and excellence that were ascribed to men, courage and innovative actions that redirected the course of human history. Yet, the 21st century Nigeria and by extension Kwara seems to be rubbishing the efforts made across respective centuries to create space for women.

Has Ngozi Okonjo Iweala, Dora Akunyili, Gbemisola Saraki and other women who have made impact in our national space not sufficient reason to have an understanding of feminism, instead of the stereotyping that is prevalent in our social space? Feminism is not one gender concept, it is not a must to believe in it, but it is encouraged to share in the understanding of feminism for the prosperity of our shared existence. Feminism got women into the workforce, got the girl child into school, women into the army, what then is the problem? The excesses of few should not dismiss the essence of feminism and it must not be pitched side-by-side with religion.

Until our brothers and sisters understand this, Kwara to be specific will continue to produce crop of educated women who will be able to do nothing out of intimidation, fear of the harsh criticisms that meets their aspirations. Religion and feminism are mutually exclusive, Islamists are unable to distinguish between using the Qur’an and hadith as the basis for creating an egalitarian society. Conservatives and modern Islamists continue to argue for decades on the position of feminism in Islam. However, that is not the issue, the issue is the refusal to share understanding. People exclusively discuss governance, politics, democracy, equality, justice, international politics, social policies, morality exclusively from religion. This makes one wonder why feminism fails to be discussed exclusively and always find its way into religion. This is one of the numerous problems in an environment like Kwara.

Feminism is not competition between genders, it shouldn’t be in Kwara, that defeats the essence and struggles of those that fought for what our mothers, sisters and friends now enjoy today. It is purely about skill development, women capacity development and giving them an avenue for productivity, trusting their intelligence and believing that they are essential part of nation and state building efforts.

It’s undeniable that women participation in politics increased over the past few years but the fact still remains that 25% of the total population means underrepresentation. Since the return of democracy in 1999, the office of President and that of it Vice has never been occupied by a woman. Before then, it was the same story with the only difference being that there was more inclusion of women after democracy. The highest percentage of women in the senate since 1999 is 7.3% which was 8 members with 101 men, house of reps with 26 as the highest number of women with over 300 men. Women have never held the office of a Governor and a very few Deputy Governor. It goes on like that to the position as low as a Councilor. Women are mostly found in markets, mostly relegated to political followership and reliable voting bloc. Regardless of gender sentiments, we can collectively agree that there is need for more accomodation and improved role of women.

Recently, Funke Akindele got nominated as the Deputy Governor of Lagos State, then people said they should be notified when the movie premiere is to be done. That is mockery, not question of competence. The President of Ukraine, Zelensky was a comedian. More recently, he posed for Vogue Magazine while his country was on fire. If it had been a woman, the world would have switched and daily remembrance would have been made on why women should not be trusted with power.

For the sake of prosperity, women must be given a platform to fail and succeed, everyone must grant this freedom within disciplined limits and without conflict with religious provisions. Feminism is not a ‘crime’, though people make ‘mistakes’ in interpretation and advocacy. However, mistakes are to be corrected via re-education while crimes are to be published.

Women that are already in the system should be celebrated and encouraged, this will serve as a motivation and inspiration for more women to step up.
There’s a need for understanding that this isn’t war against men nor is it competition between genders. It is merely granting the freedom to allow all and sundry to contribute to our nation building efforts. There is considerable improvement on presence of women in our state’s politics. However, there is need to do more with our willingness to let women participate in statehood and governance.

In this article:Feminism, Gatekeepers News, Politics