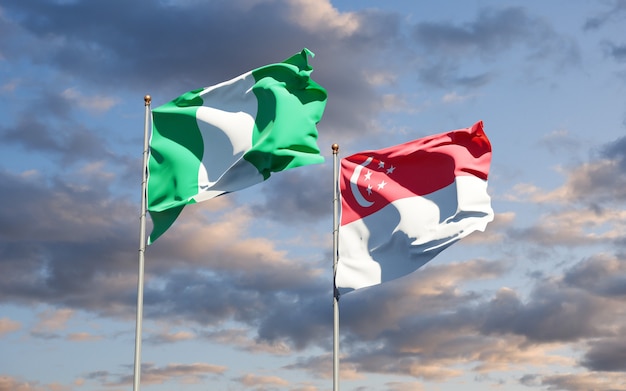 There had been deep economic, political and religious crises between Malaysia and Singapore; ethnic Chinese and Malay groups were involved. Communal tensions ensued, leading to racial riots with at least 600 people injured and 36 deaths. This went on between July and September 1964. On August 9 1965, the Malaysian Prime Minister, Tunku Abdul Rahman expelled Singapore from the federation of Malaysia after a series of unrests between them. Towards the end of the 20th century, Singapore had risen to the status of a developed economy; thanks to the then Prime Minister, Lee Kuan Yew. Lee led the country from 1959 to 1990 and handed over to Goh Chok Tong. In 2004, Lee Hsien Loong, the eldest son of Lee Kuan Yew took over as the 3rd Prime Minister.

One of the major challenges Goh had to deal with was terrorism threat.

There were bombings in Singapore in the tailend of 1987. The targets were the Shell Tower and the American International Assurance building. At some point, Palestinian terrorists also attacked Singapore. In 1991, international attention was drawn to the country’s counterterrorism apparatus when it stormed a hijacked airliner. Four terrorists were killed; they claimed to be members of the Pakistan People’s Party. Ever since, terrorist violence in Singapore has faded. However, after 9/11, there were still pockets of terrorism threats including homegrown radicalisation. Immediately coming to mind is the case of Abdul Basheer Kader; he was 28, a Singaporean Law lecturer. He was just about getting in touch with his potential trainer in Pakistan, Lashkar-i-Tayyiba. He wanted to train for militant jihad when he was arrested in February 2007 in Singapore.

The country’s approach to countering terrorism is called social resistance strategy. Firstly, it realises that the country could face a terrorist attack at any time and it makes a constant attempt to rapidly respond to emerging terrorism trends. The sophistication and the scale of the terrorist operations are noteworthy as well. To now adequately respond to these perceived threats, this is where Singapore’s social resistance strategy comes in. Religion and race are the deep-seated divisive issues. Just like Nigeria, Singapore is a multireligious and multiethnic nation. In a multireligious and multiethnic nation like Singapore or Nigeria, reducing religious and racial tension is essential to terrorist violence prevention. Singapore is much aware of this, and the government has demonstrated the political will to factor-in this condition in curbing terrorism. It’s important to note though, that this social cohesion doesn’t come naturally in any nation. Efforts are needed to build trust and acceptance between the many ethnic groups and religions. Care must be taken to encourage mutual respect for our individual and common spaces. In this regard, Singapore has the Maintenance of Religious Harmony Act (MRHA) and Penal Code. The country also continues to foster partnerships and engagements with stakeholders and the various communities to ensure peace and security. Chapter 2 section 14(2b) of the 1999 constitution of the Federal Republic Of Nigeria as amended in 2011 states clearly that the security and welfare of the people shall be the primary purpose of government. This goes without saying that the federal government of Nigeria which got independence five years before Singapore, has done nothing remarkable to discourage, let alone disarm Nigeria’s terrorists. Several arguments have also gone out for the review of Nigeria’s penal code.

In addition, politics and religion are two separate entities and should be kept so. Again, Singapore has been strong on religious tolerance and emphasising moderation from followers of different religions. If the government is able to enforce this principle, there will be less instigation of religious hatred. It’s also critical to safeguard our system against malicious foreign influence. This can come in any form: religious, political or ethnic, and it may cause disharmony in the polity.

Perhaps what is most remarkable with Singapore episode is, the authorities’ vigilance in preventing terrorists’ plots from manifestation. Abdul Basheer Kader’s case of 2007 wasn’t the only plot impaired by the authorities. In January of the following year, the authorities again arrested three young men who were attempting to make improvised explosive devices to attack the country. They were also planning to join foreign mujahidin networks; that’s for armed jihad in Palestine, Afghanistan and Chechnya of Russia.

Conclusively, religion and ethnicity are two critical entities that the government cannot look away from; yet so different that the government must enforce their distinctiveness. The government must begin to engage communities to the grassroots in order to understand and appreciate where the shoe pinches. For peace and security to reign, stakeholder engagement must be respected.
Also, the Nigerian government just cannot continue to pretend that all is well with its penal code. Again, if no arrest is made before the act, suspects prosecuted and served justice, any report on fighting terrorism is mere propaganda and an insult to the sensibility of the citizens. Nigerians have absolute right to their safety and it cannot be divorced from the constitutional responsibility of the government. Is that too much to ask for? Is it?