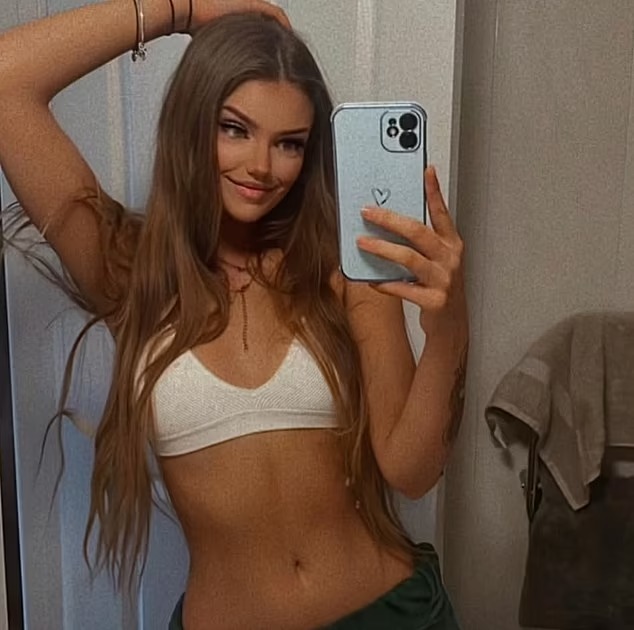 A  young woman who was found dead at Liverpool’s historic Adelphi Hotel was crushed by a wardrobe after she woke up in the middle of the night and mistook it for the toilet door, her heartbroken mother has revealed.

Gatekeepers News reports that Chloe Haynes, 21, was found dead at the renowned city centre hotel at 6.37 am on September 10 after emergency services rushed to the scene following a ‘concern for safety’.

Her mother Nicola Williams, 49, says that the wardrobe fell from the wall and crushed her windpipe after she got out of bed ‘confused’ following a late night out.

Miss Williams, from Wrexham in North Wales said: ‘Chloe left Pwllheli around 7.40 pm and they went to the Adelphi, there was some sort of engagement party or something.

‘By midnight, she had been drinking shots and so on and she was a bit drunk, so her friend has taken her back to the hotel to sleep it off, and then he’s gone back out.

‘It seems she has got up out of the bed confused, not knowing where she is, and she’s opened the door of the wardrobe maybe thinking it is the toilet or the door to go back out of the room.

‘It was a big, old, heavy wardrobe and it’s fallen on her and crushed her windpipe.’

Miss Williams revealed that Chloe’s friend returned to the room in the early hours of the morning and was confronted with the horrific scene.

She said he shouted to get help and two men from other rooms came to help lift the wardrobe off Chloe, but it was too late to save her life.

Speaking about her loss, Miss Williams said: ‘She loved animals, she had a little dog called Archie she was obsessed with. There are so many photos of them together.

‘My little nickname for her was birdy. She was so petite and little, and when she ate she was like a little bird. She was quiet, she was somebody who didn’t speak unless it needed saying.

‘But in the last 12 months she was coming out of her shell, she was gaining her confidence and she had a wide circle of friends. She was kind and caring and she seemed to connect with gay men, and that was how she met the friend she went to Liverpool with.’

Miss Williams said her daughter was enjoying her job waitressing in the holiday park, which also provided her accommodation as well, and was ‘living her best life’.

She said: ‘She was planning to do her driving lessons and she had saved up a little bit of money for that, and she wanted to go abroad on holiday with her friends. She was just doing all the things that any 21-year-old would do.

‘She was beautiful, but she had struggled with confidence about herself so she didn’t really know how beautiful she was and that made her beautiful on the inside as well. She was very kind.’

The mother says she is determined to find out how the incident happened and wants to ‘know every detail’.

‘I don’t know how long she was under there before she died, and we have been told somebody heard a noise from the room around 3am but didn’t report it,’ she said.

‘I just cannot believe my daughter is never coming home because of a wardrobe, for the sake of maybe two screws in a wall. Every year I take a picture of all my children on the couch in their Christmas outfits, and now there will be someone missing.’

A spokesman for Liverpool Council said: ‘We can confirm that we are carrying out a health and safety investigation into a death at the Adelphi Hotel on 10 September.’

Britannia Hotels, which operates the Adelphi, has been contacted for comment.

Three men had initially been arrested in connection with her death but were later released without charge.

The men, aged 26, 46 and 49, were arrested when Merseyside Police launched an investigation into the woman’s death but they later deemed that Miss Haynes had died ‘accidentally’.

A file has been passed to the coroner and a pre-inquest review will take place on a date yet to be confirmed.

At the time of the incident, Detective Chief Inspector Lynsay Armbruster, said: ‘We are in the very early stages of the investigation, and are trying to determine the circumstances around the young woman’s death.

‘I would appeal to anyone who was in the hotel in the early hours of this morning who may have seen, or heard anything, at all to come forward.’

As tributes for the 21-year-old poured in, one friend said: ‘Rest easy beautiful girl.’

And a third said: ‘RIP beautiful.’

The hotel received public recognition after featuring in a 1997 fly-on-the-wall documentary series, Hotel, which gave viewers a rare glimpse into the day-to-day running of the venue.

The hotel became popular with passengers who were wealthy enough to cross the Atlantic on ocean liners such as the Titanic in the early 20th century.

It has also boasted some famous celebrities including former Prime Minister Winston Churchill who loved the hotel so much that he would host strategy meetings there in the late 1940s.

Harold Wilson, another former Prime Minister, also passed through the doors and even had his preferred suite named after him.

The city centre hotel, which narrowly avoided being bombed in the Liverpool May Blitz of 1941, also attracted stars such as Frank Sinatra, Judy Garland and Bob Dylan.

And it’s not the first time someone has been found dead in the Adelphi either. Aristocrat Sir ‘Jock’ Delves Broughton was found dead in 1941 after killing himself when he was put on trial for the murder of his wife’s lover.