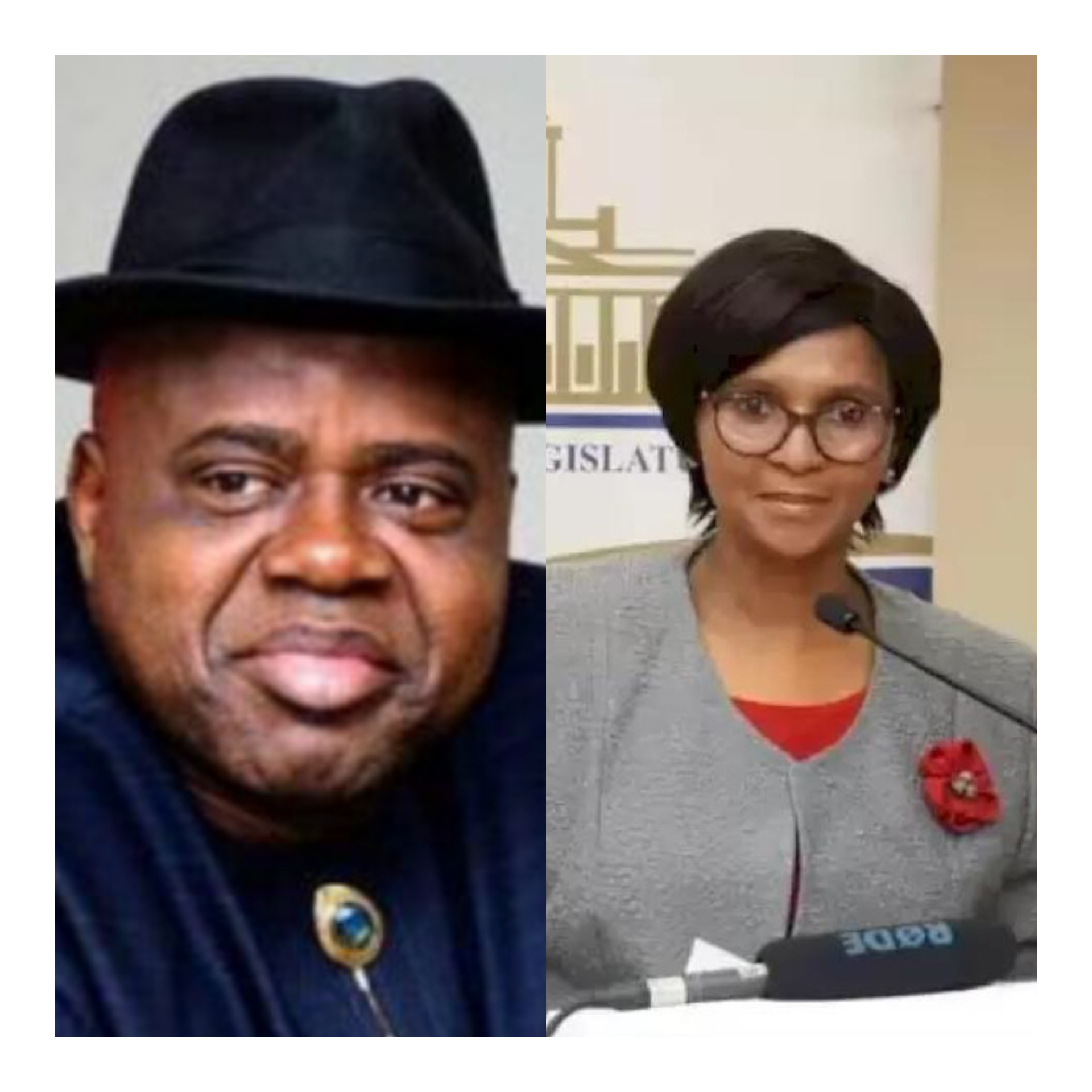 Gatekeepers News reports that Sifuba who had topped the trends list in South Africa after her s*x tape went viral online, went to Facebook on Thursday to announce that the Bayelsa Governor was the man who leaked the clip.

She described the Nigerian Politician as her lover whom she trusted.

“I trusted him with my life, but he betrayed me. Please share for the whole world to know the kind of man he is.” 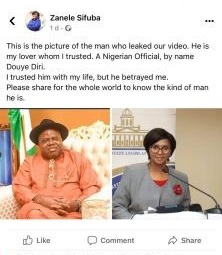 In its response to media reports that a Nigerian man leaked the sex tape, the Consulate of Nigeria in Johannesburg issued a public notice dated November 9, titled, ‘Condemnation Of Heedless Circulation Of Sex Video By Unnamed Nigerian’ condemned the video and sympathized with the lawmaker but cautioned against jumping into conclusions.

The public notice signed by the Consulate General of Nigeria, said, “The Consulate General of Nigeria, Johannesburg, has been apprised of media reports regarding the alleged involvement of an unnamed Nigerian national in the circulation of sensitive materials in blatant disregard to the privacy of the Speaker of Free State Provincial Legislature, Hon. Ntombizanele Sifuba.

“The Mission unequivocally condemns and distances all law-abiding Nigerians from the egregious and reprehensible violation of Hon. Sifuba’s privacy by anyone, whether Nigerian or not.

“We note that the alleged act is a flagrant violation of South Africa’s legislation on combating gender-based violence (GBV) and cyber abuse and join all well-meaning members of the public to empathise with Hon. Sifuba and her family over the regrettable incident.

“While awaiting the outcome of investigations into the real identity of the perpetrator of this heinous crime, the Mission wishes to call on the media to refrain from hasty and definitive conclusions on the nationality of the suspect as this may put the lives and property of law-abiding Nigerians in South Africa at risk.

“The Consulate General therefore reassures host authorities of its full support and cooperation towards the identification, tracking, arrest and prosecution of any Nigerian believed to be responsible or complicit in the mindless circulation of the sex video.

“It also appeals to the public to desist from further circulation of the offensive video and negative profiling of foreign nationals based on the alleged acts of criminal-minded individuals.”

Gatekeepers News reports that the s*x tape had generated mixed reactions from different quarters in the country. While some South African, groups and parties including Economic Freedom Fighters (EFF) Provincial Secretary Malefane Bosanku Msimanga sympathised with her and condemned the circulation of her nude images and tape, others expressed disappointment and disgust over the clip.

At first, it was pictures, apparent screenshots from the actual clip, that were released in late October.

The Free State Legislature ordered an investigation into the Speaker’s sex scandal.

“The Legislature will establish investigations into this Gender-based violence. This is harassment and whoever shared this video must face the law. This is an insult to elderly women.”

The parties demanded that the person responsible for the circulation of the images should be arrested, charged and sentenced to a minimum of 15 years of jail term.

The South African Lawmaker Sifuba reportedly opened a civil claim case after the explicit s*x tape was leaked and initial reports said the tape was leaked by a young man who reportedly tried to extort R300 000 from Sifuba, and the video was released when she refused to pay.

Meanwhile, the African National Congress (ANC) Caucus in Free State has expressed confidence in Sifuba and declared its support for her amid the violation of her privacy.

The spokesperson for the caucus, Sizwe Zingitwa confirmed that Sifuba indicated she has opened a civil claim case.

“We wish Comrade Zanele strength, wisdom, and re-energised courage to carry out her responsibilities as deployed by her organisation,” Zingitwa said.

The public has since been discouraged from circulating any material related to the leaked s*x tape, and based on South African law, anyone who knowingly distributes private s*xual photographs or films may pay a fine as high as R300,000 or be jailed for up to four years or be liable for both punishments. 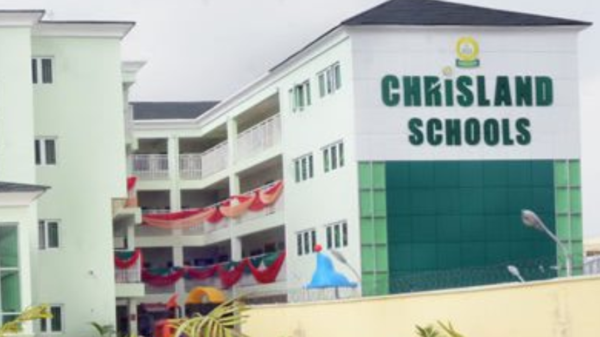 Four teachers of Chrisland Schools have been arraigned at the Magistrate Court sitting in the Yaba area of Lagos State, Southwest Nigeria over the...