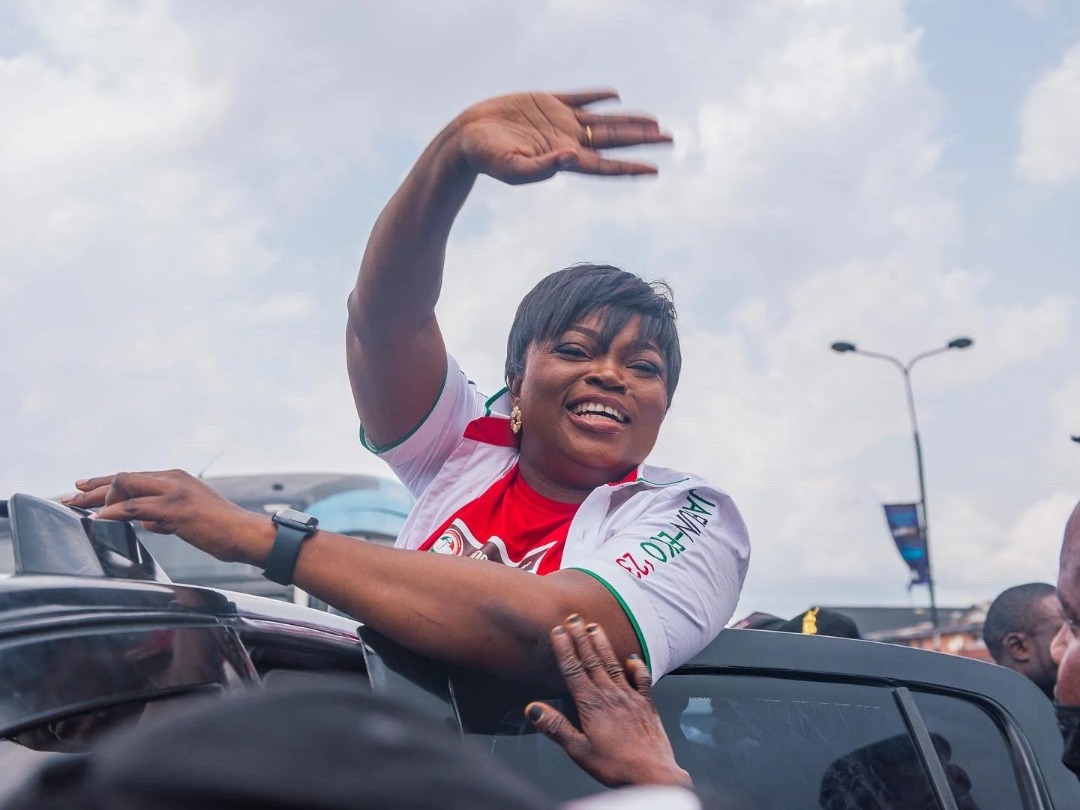 Nollywood star, Funke Akindele has explained why she joined politics.

Gatekeepers News reports that Akindele, the Deputy Governorship candidate of the Peoples Democratic Party (PDP) in Lagos state, Southwest Nigeria said she joined politics to give hope to the masses, especially women and children.

The film star gave her reason on Wednesday during the party’s ongoing grassroots engagement with residents in the Eleko community, Ibeju-Lekki axis of the state.

She noted that she joined the governorship race to save Lagos from “bad governance.”

Akindele said, “Nobody is happy with what is happening in Lagos State at the moment. If the people fail to find solutions to it, things will soon go very bad.

“This was why I joined the governorship candidate of the PDP in the state, Dr Abdul-Azeez Olajide Adediran aka Jandor so that we can repair the state.

“We want to secure the future of our children and it starts now. They said so many things, when I wanted to come out, but I did not answer them because they know that the state will be better if we get into office.

“We cannot allow our women to suffer or our youths to become bad boys because unemployment has led many of them to crimes.

“We don’t want to breed illiterates and we want our children to be better than us. We have been under the current party for 23 years with nothing to show for it. Our hospitals are not well equipped and our roads are so bad and flood is wreaking havoc in our communities.”

She stated that if elected, the PDP-led government would provide healthcare, education, transportation, and other amenities for the people.

Akindele added that Jandor came from a humble background and used to wear torn uniforms, hence he understood the plights of the ordinary people.

She said, “I have also suffered before God helped me. Our PVC is our power, we are tired of this government. Let us go out in February and March 2023 and vote for the PDP. Let us defeat them with our votes.”

A former chairman of the party in the area, Olusola Eruobodo, said his people are ready to vote for all PDP candidates.

Eruobodo said that the community had not been connected to electricity for over 12 years, adding “we want a government that will take care of us.”