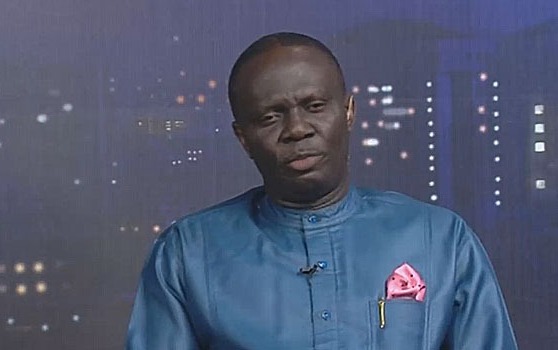 Politicians in Nigeria are often described as shameless people; hardly displaying integrity and common-sense. They are used to swallowing their vomit, again and again. Even those who display a bit of principles, are still called unprintable names; because when they are canvassing for votes, they exhibit desperation and forget their odyssies, reminiscences that should remind them of their political journey and trajectories. They feel no qualms. Not a scintilla of regret nor a modicum of shame when certain decisions are taken. I saw Atiku Abubakar and his running mate Governor Okowa with former President Jonathan in a photograph; when the duo had visited the latter to solicit support and I felt pitiably undone. True, some politicians are shameless!!. To see that Alhaji Atiku Abubakar, the chief antagonist to Jonathan’s presidential re- election in 2015, could swallow his pride and visit President Jonathan to ask for support confirms that wonders will never end. Abomination! He was the chief antagonist who conspired to ensure President Jonathan got the boot. The journey started in 2011 when Atiku Abubakar contested in the primaries with the then incumbent President Jonathan. It was Atiku’s yearning to stage a come-back after he had used the Action Congress of Asiwaju Tinubu to run the 2007 race. In the 2011 contest, President Jonathan trounced his opponent without qualms. Atiku’s aspiration was binned. With his tail in-between his legs, he escaped to Dubai; his habitual recovery spot.

Before the 2011 contest, my boss, Former Military President Ibrahim Babangida had indicated interest in running for president. He had told some of us and even went ahead to set up a campaign headquarters in Abuja. He was ambushed along the way by the spectre of a Northern candidacy through a committee chaired by Late Adamu Ciroma; Northern Consensus Forum. The body was peopled by ten Northern leaders who were poised to choose a common candidate that would represent the aspiration of the North. IBB, as he is fondly called, didn’t want to be cocooned into the Northern bracket, because his persona and image looms larger than the geopolitics of the North. The three front-runners were Atiku, Saraki and Babangida. Worried about the schemes, I had wondered if it was not untidy for IBB to enter into a contest with some of his “boys”, knowing the dynamics of politics and the crazy aphrodisiac of power. It was later that a highly placed individual told me that IBB’s participation was for a purpose; he needed to remind his military constituency that democracy had come to stay. At the meeting of the Northern leaders to choose a candidate to represent it; bribery and corruption took the shine off what ought to have been a seamless choice. If IBB was truly interested in contesting, he would have gotten the nod, because six of the members of the committee were his nominees including the chairman, Mallam Adamu Ciroma. But he feigned ignorance of the happenings during the contest, in order to instil some confidence in the democratic process.

Before the voting took place, the secretary to the body was already compromised. He took sides with Atiku Abubakar and was allegedly handsomely rewarded with an SUV after monetary inducement. That was the strong allegation. We monitored everything from close quarters, and got tangible information with concrete evidence. Atiku, they said, emerged as the consensus candidate of the North to confront President Jonathan at the primaries. Because the process was fraught with fraud, corruption and bribery, the intention lost its steam. Those of us in the camp of president IBB declined any support for the beneficiary of the corrupted process and opted for a “siddon-look” position. The then President, Goodluck Jonathan had reached out to President IBB to seek support and in the process rein in Asiwaju Bola Tinubu. President Jonathan had also reached out to Mallam Adamu Ciroma and other Northern leaders. Realising that General Muhammadu Buhari was contesting, he sensed that his re-election after the death of his boss Umaru Yar’adua might be a hard sell. He had defeated Atiku Abubakar at the primaries resoundingly. He had to cross the next hurdle-the real election. After a robust networking of all the factors and persons that could influence the process, including Asiwaju Tinubu, the 2011 election came and went seamlessly. Jonathan defeated Buhari despite the initial keenness of the contest. The rest as they often say, is history.

Fast forward to 2014. When Atiku Abubakar saw the handwriting on the wall, that President Jonathan would seek another election, he threw up the zoning formula in the PDP constitution. This time, Jonathan was not enjoying mass support from the political factors in the North. They had complained that President Jonathan abandoned them without even a thank you visit. They said that after the 2011 victory and thereafter, President Jonathan alienated them; or so they thought. Meanwhile, the perennial aspirant, Atiku Abubakar was in one corner spoiling things for President Jonathan. Sensing that he might not be able to outspend an incumbent President in the primaries, and having been earlier defeated in 2011, he joined forces with Asiwaju Tinubu and General Buhari to midwife the birth of the APC. Atiku’s sole aim was to become the candidate of the newly formed APC, to confront President Jonathan. Unknown to him, Asiwaju Tinubu was a hard nut to crack. Atiku had played the spoiler role in the PDP and made sure he pulled out about seven governors from the grip of President Jonathan. They staged a walk-out at the Eagle Square in Abuja and had a press conference at The Yardua Centre announcing their next action in the line. That was the climax of their intrigues and conspiracies. Atiku Abubakar was their ring leader. He enjoyed the drama. He had thought that having those governors in his fray would secure more support for him. It was then that we all saw the political sagacity of Asiwaju Tinubu, who deflated all his plans. At the primaries in Lagos, Asiwaju Tinubu helped to deliver Muhammadu Buhari, Atiku came a distant third after Rabiu Musa Kwankwaso’s second position.

When President Jonathan realised that there was trouble for his candidacy, he reached out to Asiwaju Tinubu. He had earlier reached out to General IBB to broker peace with Asiwaju. The meeting held; but with the knowledge that President Jonathan had reneged on his earlier promises in 2011 and not kept to any part of the bargain, and victory in 2015 would have been his last outing, the preponderance of the arguments pointing to his infidelity if he were supported to win were stark clear; so there was no deal. Asiwaju Tinubu remained rock solid with General Buhari.
Despite Atiku’s failure at the APC primaries, he was prevailed upon to support General Buhari too at the 2015 elections, and he did. He donated money and men. Also, he “donated” his Spokesman, Garba Shehu. He ensured that President Jonathan was defeated roundly. He left the country for Dubai after President Buhari’s victory only to resurface in 2017 when he felt it was time to start another round of contest. Then, he exited APC, and opted for his earlier abandoned PDP. He stood for election in 2019, and was defeated by the incumbent President Muhammadu Buhari. He has now abandoned his 2015 position on the zoning formula that warranted his exit from the PDP during President Jonathan’s era, and betrayed himself by railroading his emergence as the PDP candidate for the 2023 election. These are the kind of people that have earned bad names for politicians; bad names like sly, dubious, tricky, selfish, roguish, mischievous,. wicked and other unprintable adjectives that people often use to describe politicians.
Like the hauteur of an intellectual snub, he has suddenly realised that President Jonathan is of reckoning. How shameless can politicians be? So, Atiku has the nerve to visit former President Jonathan at home to solicit support from a man he conspiratorially worked against to lose his re-election because he felt Jonathan betrayed the zoning principle of the PDP. What a world? How shameless?

The man that Atiku Abubakar reportedly snubbed at the Dorchester Hotel, London, asking him to relinquish his ticket, is the same man that political desperation has led Atiku to visit; hmm. I was told former President Jonathan had a good laugh when Atiku was leaving. A really good laugh. That type of laugh that mocks your political foe right in his face on seeing that he had swallowed his pride. What exactly did Atiku Abubakar tell former President Jonathan? “Come and support me, let bygone be bygone”? Hahahaha!!!. President Jonathan, given his usual calm disposition will flash back to the script of the London encounter, and the many other such meetings when Atiku Abubakar called PDP unprintable names, saying the party was beyond redemption and had finished Nigeria. He would reflect on all his efforts to convince Alhaji Atiku to support his aspiration and how the former snubbed his overtures. Truth be told, former President Jonathan should naturally support Asiwaju this time, at least for showing fort rightness in 2011, when it was critical for President Jonathan to get elected after the demise of his then boss, President Yar’adua and on the basis of what Asiwaju has done politically in Nigeria starting from his home, Lagos.
Each time I see Atiku Abubakar romanticising my boss, IBB, I’m in shock and disbelief. The same IBB he betrayed in 2003 when the G-4 had taken a collective decision and he tried to play a smart one on them, not knowing he was a pawn in military officers’ chess game? Of course, former President Obasanjo showed him how not to be disloyal. I heard Dino Melaye said his boss, Atiku was defending the constitution. Dino, Please let me not hear this again!!.
As a politically exposed person, each step Atiku Abubakar takes, his odyssies stare us in the face. He fought his boss President Olusegun Obasanjo as an act of political desperation to take over the structure of PDP. He almost frustrated Obasanjo’s second term in 2003 for his own ambition; a political sin that James Ibori paid dearly for. Alhaji Atiku should go and rest because the odds are surely against him and this last minute effort to rein in certain persons will end up in the Lion’s stomach. As for former President Jonathan, please keep laughing at your foes, a man who thought he was consequential to your destiny, but whom God has now humbled. Time is a healer of wounds. Laugh on Jonathan. Hahahahahahahaha.