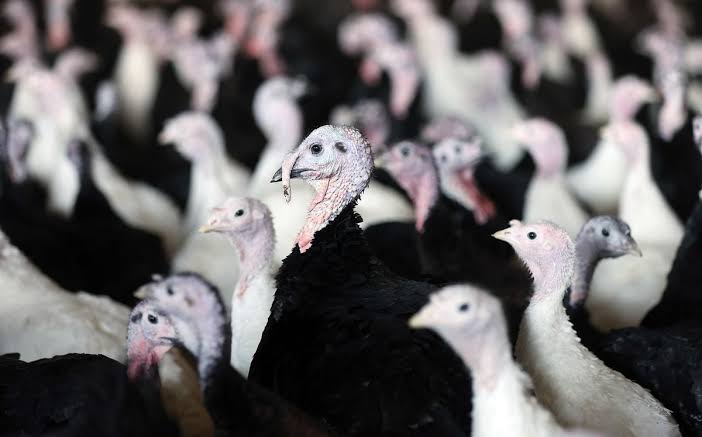 Fear of huge shortages of turkeys at Christmas has grown amid the bird flu crisis in England.

Gatekeepers News reports that the industry chiefs gave the warning following a wipeout or culling of half of free-range birds because of the disease.

They described it as ‘the worst bird-flu outbreak we have ever seen’, adding that there is a real risk of gaps on shelves this festive season.

According to them, some farmers had lost their entire flocks of thousands of turkeys, geese and ducks in just days.

The Government recently ordered all poultry and captive birds in England to be kept indoors because of the disease.

The Chief Executive Officer, British Poultry Council, Richard Griffiths, told the committee, “This year is the worst bird flu outbreak that we have seen, ever.

“The usual number of free-range turkeys for Christmas is about 1.2 million to 1.3 million. We have seen around 600,000 of those free-range birds being directly affected. Half of free range.

“The total UK production of turkeys is 8.5 million to nine million birds for Christmas. Of those that are Christmas birds, probably just over a million have been culled or died from bird flu.”

About the impact on prices of the loss of the birds, and the need for stores to turn to imports to make up the shortfall, he said, “That is a question for retailers. We do not know how the gaps within retail are going to be filled.”

Paul Kelly, of Kelly Turkeys, a hatchery in Essex, said, “It has been devastating. As a hatchery business we supply farmers throughout the country, so I get first-hand experience of when they get an infected premises. The challenge for a lot of the smaller seasonal producers is they have their Christmas flock on their farm and when they are infected they all die within four days.

Mr Kelly said, “We are a small business and we have lost £1.2million. Luckily we are going to get through this year. Going into next year, I don’t want to put the farm at risk. Without a vaccine or compensation scheme that is fit for purpose, I don’t know whether a lot of producers will grow Christmas turkeys next year.”

The UK’s Chief Veterinary Officer, Christine Middlemiss, said it was the first time the virus had survived in the wild bird population from one winter through the summer to the following winter.

She added, “This strain is very infectious…