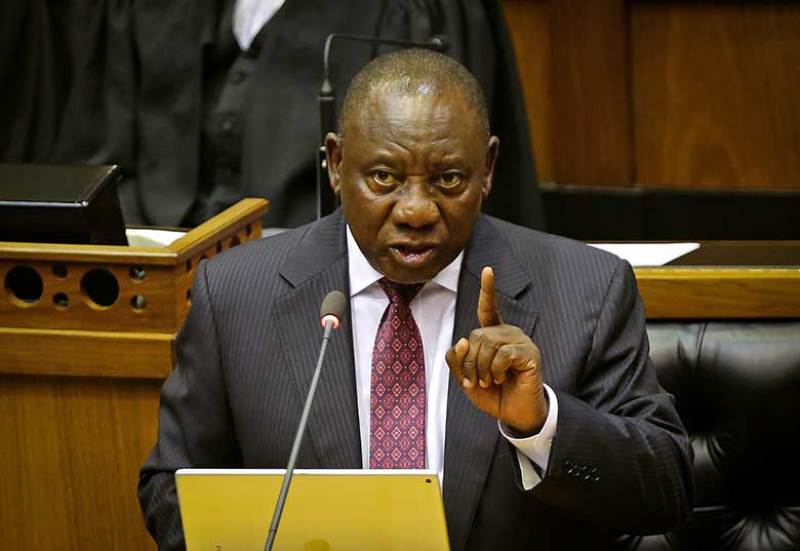 South Africa’s parliament will on Tuesday vote on whether to launch an impeachment process against President Cyril Ramaphosa.

Gatekeepers News reports that this follows a Parliamentary panel’s report last week which stated that Ramaphosa might have acted illegally in covering up the burglary of more than half a million dollars in cash from his farm in Northeastern South Africa.

The report said the President “may have committed” serious violations and misconduct.

A majority is needed to trigger the impeachment procedure and if it is launched, it would take a two-thirds majority to remove the President from office.

The president has been under fire since June, when a former spy boss filed a complaint with the police alleging that Ramaphosa had hidden the February 2020 burglary from the authorities.

He accused the President of having organised for the robbers to be kidnapped and bribed into silence.

Ramaphosa said a vast sum of cash stashed at the farm was payment for buffaloes bought by a Sudanese businessman. A police inquiry is ongoing, but he has not so far been charged with any crime.

While Ramaphosa insists he is innocent of any wrongdoing, his explanations did not convince the parliamentary panel which consists of three lawyers who were appointed by Parliament.

There was pressure last week from some quarters for Ramaphosa to quit or be forced from office, although the President seemed relaxed and cheerful on Sunday as he spoke to reporters outside a conference centre where some ANC delegates were already discussing the case against him.

Ramaphosa, with a smile, explained he had been excluded from the meeting, agreeing that, in the circumstances, it was best for him not to take part.

The controversy comes at the worst possible time for Ramaphosa. He will, on December 16, contest elections for the ANC presidency, a position that also holds the key to staying on as the nation’s President.

Meanwhile, Ramaphosa’s Spokesman on Saturday, said the President would challenge the Parliamentary report in court.

“President Ramaphosa is not resigning based on a flawed report, neither is he stepping aside,” said Vincent Magwenya.

“It is in the long-term interest… of our constitutional democracy, well beyond the Ramaphosa presidency, that such a clearly flawed report is challenged, especially when it’s being used as a point of reference to remove a sitting head of state,” he added.