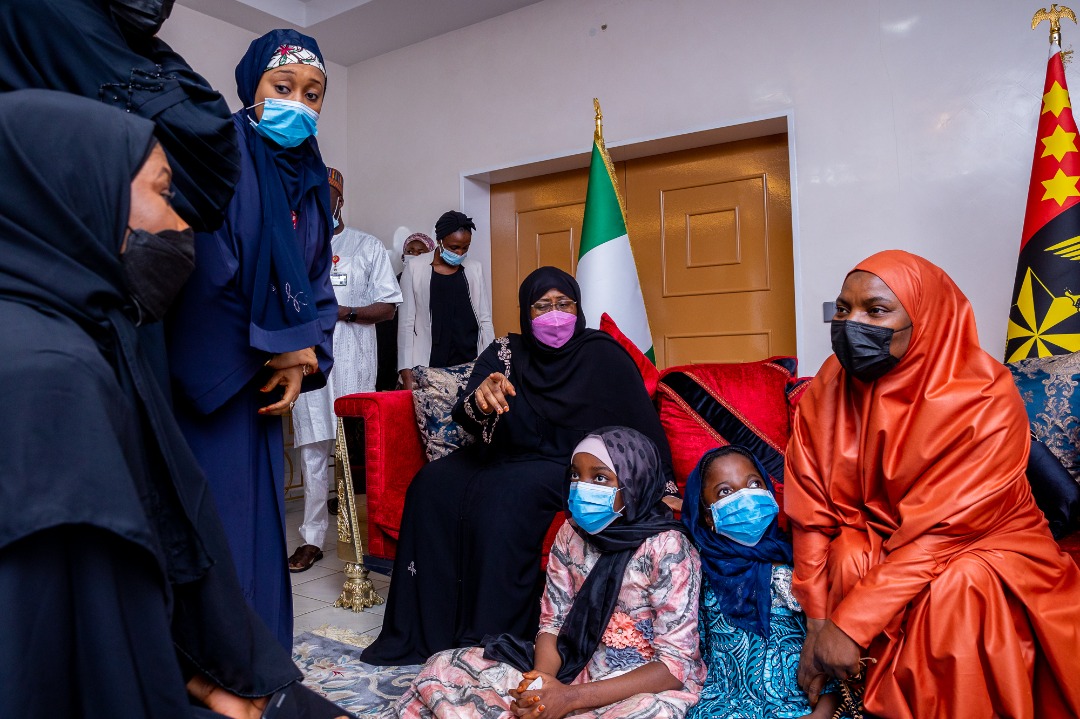 The First Lady of Nigeria has visited the family of the Late Chief of Army Staff.

Gatekeepers News reports that the First Lady of Nigeria, Aisha Buhari has visited the family of the Late Chief of Army Staff (COAS), Ibrahim Attahiru.

Aisha described the death of the Late COAS and the other military officers aboard the ill-fated aircraft as a monumental loss to their families and the Nation at large.

The Chief Of Army Staff and ten other military officers died in a plane crash during an official mission to Kaduna on Friday.

Gatekeepers News had reported that the that the wife of the late Chief of Army Staff, Attahiru Ibrahim, Fati Attahiru was not involved in the crash. 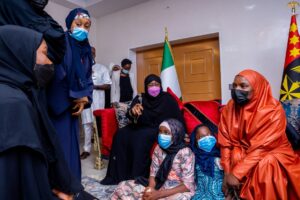 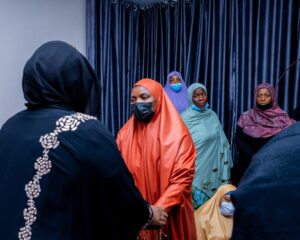 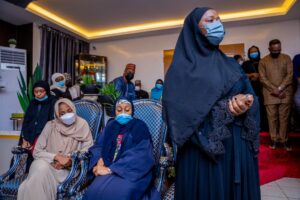 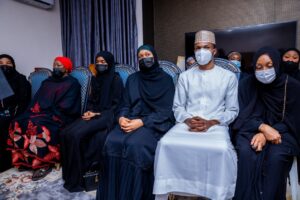 In this article:Aisha Buhari, Gatekeepers News, Wife Of COAS