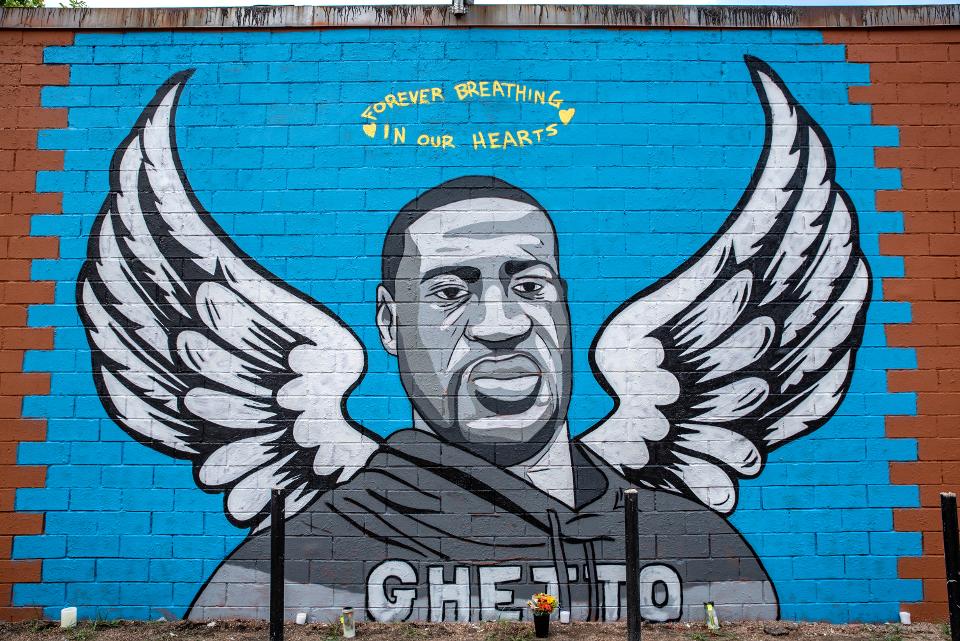 Gatekeepers News reports that George Floyd, an African-American who was killed by a former Minneapolis Policeman, Derek Chauvin, was honoured a year after his death.

Floyd died on May 25, 2020, after Chauvin knelt on his neck for about 9 minutes while he was handcuffed. The incident triggered protests as people called for justice and an end to racism.

The deceased was honoured with memorial events and marches from Dallas to Washington, DC, to Minneapolis. Floyd’s name was echoed across the country in recognition of a man who has become a symbol in the fight for racial equality and police reform.

Supporters expressed joy by the progress made in the year since Floyd was murdered.

“Today I just felt a day of relief,” Floyd’s aunt Angela Harrelson said on Tuesday, adding that “the support that we have received, the love to get to this day. I am just overwhelmed with joy and hope and I feel like change is here.”

“It’s a pleasure just to be able to have the chance to meet with them when he we had that opportunity too. We’re just thankful for what’s going on and we just want this (George Floyd Justice in Policing Act) to be passed in the future,” Philonise Floyd told reporters after the Oval Office meeting concluded. 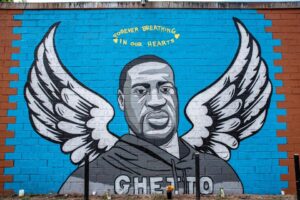 On his part, Biden said Floyd family has shown “extraordinary courage” over the last year.

“Although it has been one year since their beloved brother and father was murdered, for the family — for any family experiencing a profound loss — the first year can still feel like they got the news a few seconds ago.

“And they’ve had to relive that pain and grief each and every time those horrific 9 minutes and 29 seconds have been replayed,” Biden said.

Bide, in a statement seen by Gatekeepers News added that: “His murder launched a summer of protest we hadn’t seen since the Civil Rights era in the ‘60s – protests that peacefully unified people of every race and generation to collectively say enough of the senseless killings.

“Last month’s conviction of the police officer who murdered George was another important step forward toward justice. But our progress can’t stop there.

“To deliver real change, we must have accountability when law enforcement officers violate their oaths, and we need to build lasting trust between the vast majority of the men and women who wear the badge honorably and the communities they are sworn to serve and protect. We can and must have both accountability and trust and in our justice system.

“The negotiations on the George Floyd Justice in Policing Act in Congress are ongoing. I have strongly supported the legislation that passed the House, and I appreciate the good-faith efforts from Democrats and Republicans to pass a meaningful bill out of the Senate. It’s my hope they will get a bill to my desk quickly.

“We have to act. We face an inflection point. The battle for the soul of America has been a constant push and pull between the American ideal that we’re all created equal and the harsh reality that racism has long torn us apart.